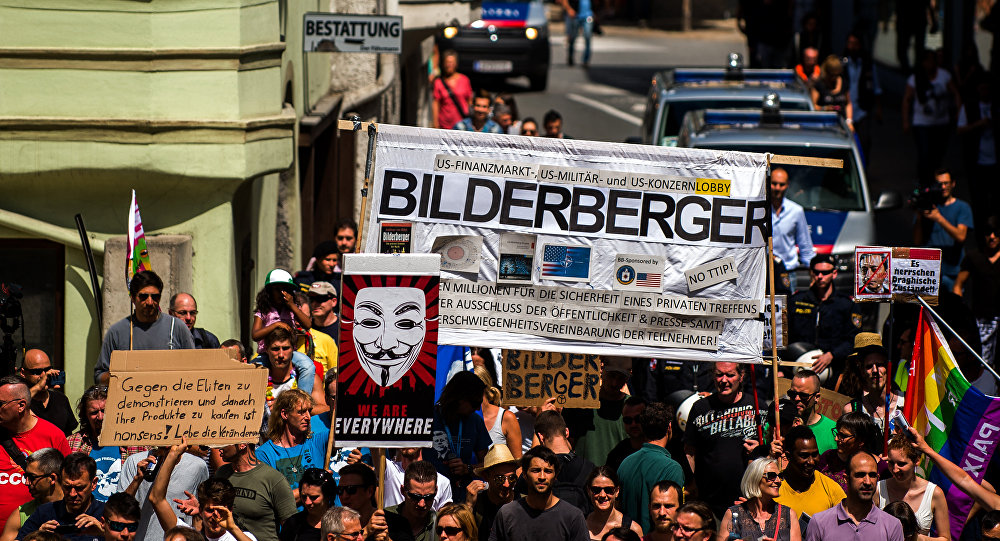 Politicians, bankers, influential leaders and chiefs of major global businesses are meeting at the annual Bilderberg conference in Germany from Thursday (June 9), during which global matters, including relations with China and Russia, as well as the the migration crisis will be discussed.

The conference — surrounded by tight security — is notoriously secretive in its discussions and regularly attracts demonstrations against what critics describe as a global meeting of western capitalists, politicians and academics who wield great power behind the scenes. It is billed as:

"an annual meeting designed to foster dialogue between Europe and North America."

No journalists are allowed to report on proceedings, however it will be attended by Richard Engel, chief Foreign Correspondent, NBC News, John Micklethwait, Editor-in-Chief, Bloomberg LP and Zanny Minton Beddoes, Editor-in-Chief of The Economist.

​Bilderberg conferences are described as "private" and no minutes are taken, no report is written, no resolutions are proposed, no votes are taken, and no policy statements are issued.

Daniel Estulin, author of "The True Story of the Bilderberg Group" describes the meetings as "a shadow world government…. [threatening] to take away our right to direct our own destinies (by creating) a disturbing reality.

"Imagine a private club where presidents, prime ministers, international bankers and generals rub shoulders, where gracious royal chaperones ensure everyone gets along, and where the people running the wars, markets, and Europe (and America) say what they never dare say in public," says Estulin.

​Under discussion in Germany will be: China, Europe — particularly migration — the Middle East, Russia, the US political landscape, cyber security, the geo-politics of energy and commodity prices and an item entitled "Precariat and middle class."

The first meeting took place in Hotel De Bilderberg in Oosterbeek, Netherlands, from 29 to 31 May 1954. Representatives from economic, social, political and cultural fields were invited to hold informal discussions to help create a better understanding of the complex forces and major trends affecting western nations in the difficult post-war period.