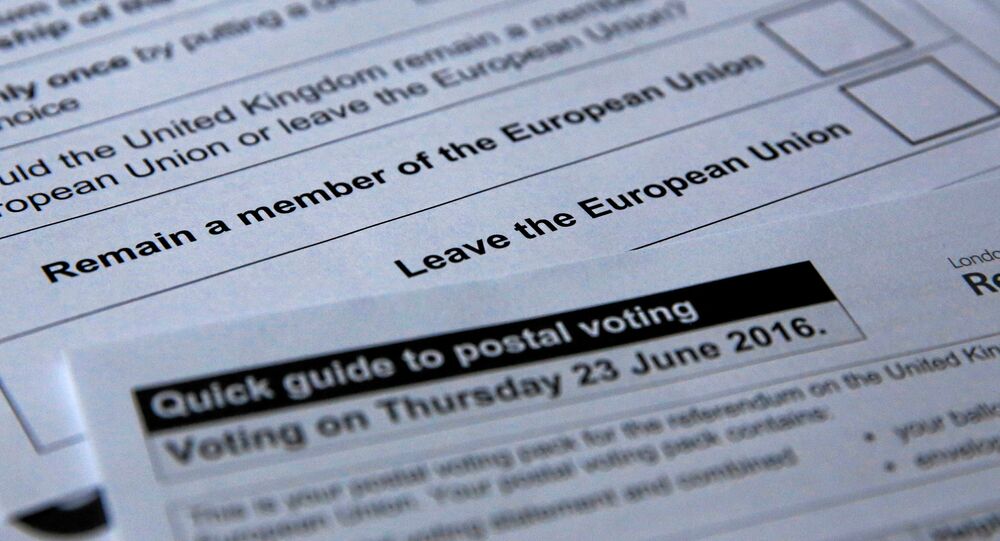 Legal action has been threatened after UK parliamentarians agreed set to push through emergency legislation to extend the close of registrations to vote at the In-Out referendum on the UK's membership of the EU, after a technical glitch caused the registration system to crash.

© Photo : Youtube/ TomoNews US
Liberal Democrats Call on UK Gov't to Prolong Brexit Vote Registration Over Website Crash
The deadline for registering to vote in the most important referendum in a generation was set at midnight on June 7/8, but at 2215 UK — just 105 minutes ahead of the deadline — the registration website crashed, leaving tens of thousands unable to register.

For the next 24 hours, UK Prime Minister David Cameron and many other urged people to continue to try and register, despite the deadline passing, in the hope that the deadline could be extended. The Electoral Commission, which oversees the legal processes of all referendums and elections, issued a statement saying:

"There was a very significant increase in applications to register to vote yesterday on the Government's website. However, issues with the government website arose around 10:15pm and were not resolved until after the registration deadline at midnight.

"The registration deadline is set out in legislation and we have said to the Government this morning they should consider options for introducing legislation as soon as possible that would extend the deadline. We would support such a change."

The Govt has announced an extension to the registration deadline, see our statement here- https://t.co/QNehyXJWhx #EURef

By the evening of June 8, it emerged that emergency legislation would be rushed through parliament on Thursday (June 9) to extend the deadline until midnight on June 9/10. However, critics say the deadline is set out in law to allow enough time — 16 days — for checking of voter eligibility ahead of the referendum.

Critics say the extension of the deadline plays into the hands of those wishing to remain in the EU as the vast majority of last-minute registrants are young voters who typically can be expected to vote to stay in and Cameron is keen for them to be added to the list because of the high chance of a close vote on June 23.

Older voters are more likely to vote to leave the EU and a large proportion of the age group are long-term registered voters, whereas a big proportion of young people in the UK are not registered to vote.

Arron Banks discusses the possibility of a legal challenge to the extension of the voter registration deadline.https://t.co/Rg3PzYf7PB

​The decision to extend the deadline brought immediate condemnation from those campaigning to leave the EU. In a statement, Arron Banks, founder of the Leave.EU campaign said:

"We believe it is unconstitutional at best and have been advised that with legitimate cause we could challenge this extension. We are therefore considering all available legal options with our legal team, with a view to potentially launching a judicial review now and after the outcome of the referendum on 23 June."

Alex Robertson, Director of Communications at the Electoral Commission said:

"No one should miss out on voting in this historic referendum because of the problem with the Government's registration website last night. We said this morning that legislation should be introduced to extend the registration deadline and we're pleased the Government will now be making this change."

"We are urging everyone who is not already registered to vote to take this last chance to do so before the end of Thursday (9 June)."

Most UK Newspapers Likely to Stand Against Brexit - Telegraph Commentator