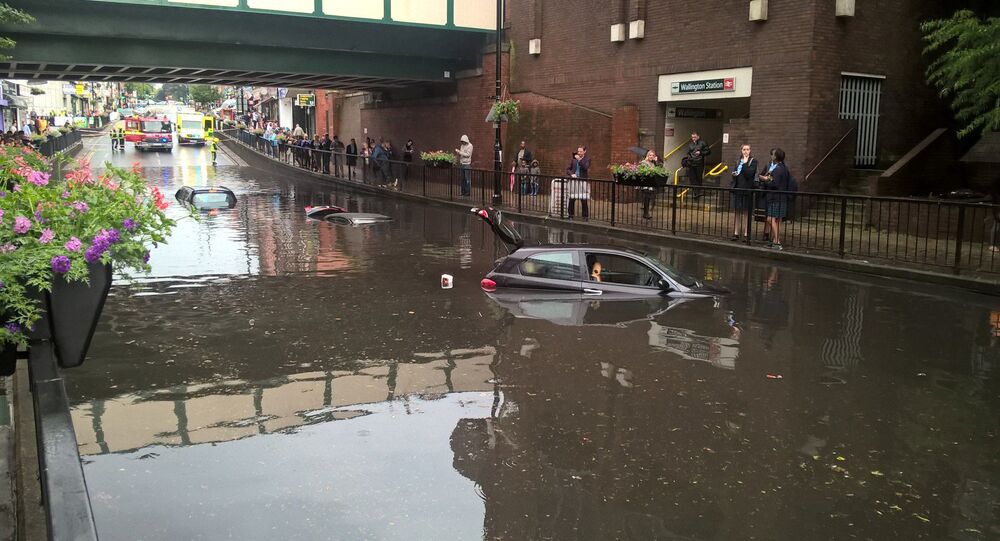 The UK government is failing to react adequately to the risk of flooding of some communities in the country.

© REUTERS / Neil Hall
Stay Away Dave! UK Petition to Ban Cameron From Coming Home Gathers 34,000 Signatures
MOSCOW (Sputnik) — The British government is failing to react adequately to the risk of flooding of some communities in the country, a report by the UK Parliament's Environmental Audit Committee (EAC) published on Thursday said.

"We know that flooding is projected to get worse and occur more frequently because of climate change, so it just isn’t good enough for Government to react to flooding events as they occur. Communities at risk deserve certainty from Government," chair of the committee Mary Creagh said.

The Committee found that flood defense spending fluctuated year-on-year. During the last Parliament funding was initially cut, and it was only increased after the winter floods in 2013-2014.

© AFP 2020 / GUILLAUME SOUVANT
Total of 4 People Killed, 24 Injured in Flood in France - Prime Minister
According to the report, the government needs to put more money into the upkeep of existing flood defenses, and also invest in a building of new ones.

"Failure to do so can have terrible consequences for residents and businesses when defences fail," Creagh stressed.

In 2014, the United Kingdom was hit by a series of winter storms resulting in serious coastal damage and the severest flooding since 1953, according to the UK Met Office. The flooding has caused irreparable damage to almost 6,500 homes and has claimed the lives of 17 people.

BBC Principles to be Revised by UK Government for 'More Impartiality'