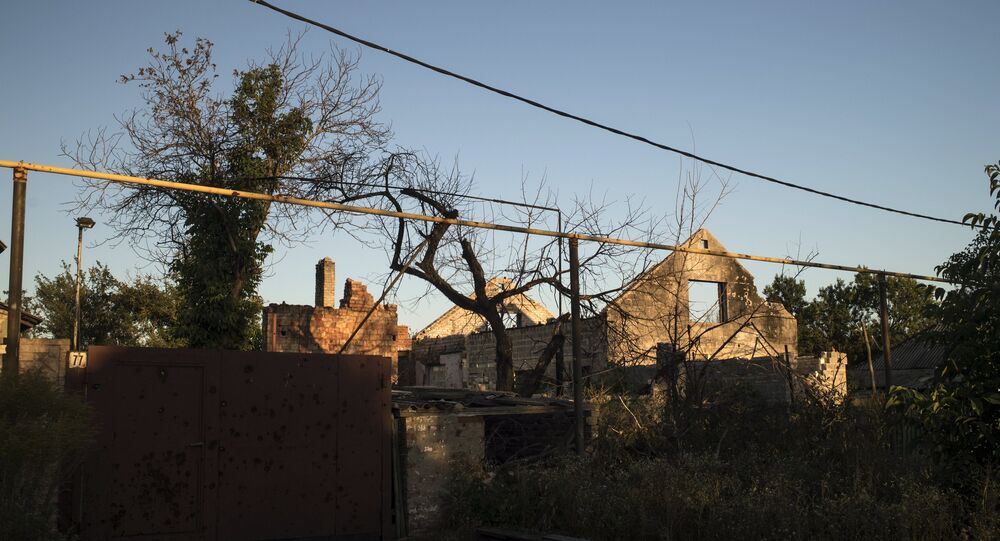 MOSCOW (Sputnik) – According to a Facebook post by Kuibyshevskyi District administration head Ivan Prikhodko, several residential buildings have been damaged in Donetsk and "two passenger buses are shattered at a bus stop."

Prikhodko said that at least two people, a man and a woman, have been gravely injured and more information regarding those wounded in the shelling "is being verified."

The Kuibyshevskyi District in the city of Donetsk came under shelling by Kiev forces in May, according to DPR.

Rasmussen Ready to Meet With Russian Officials as Poroshenko's Adviser