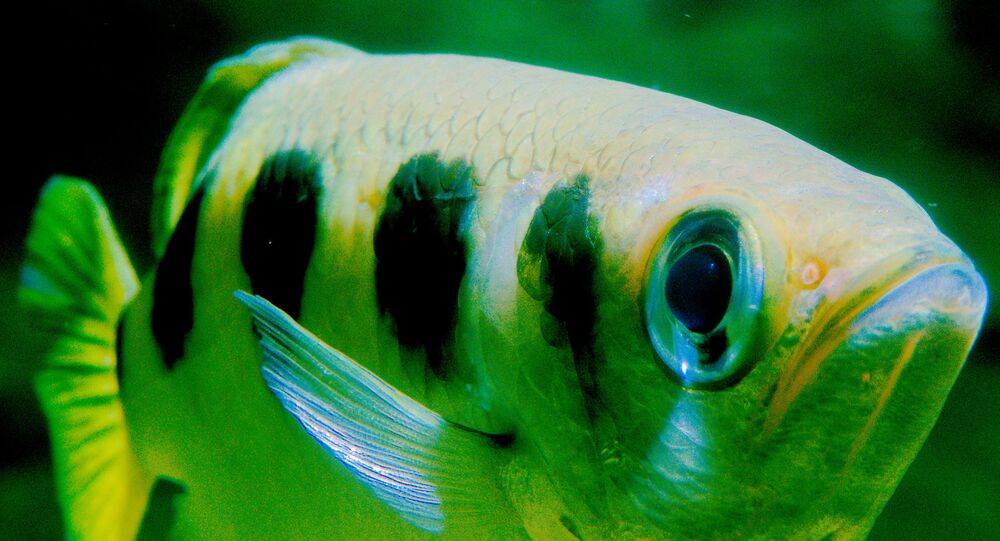 Thought to be the preserve of primates with highly functioning brains, it's been revealed that a species of fish can also recognize a human face.

The archerfish has been found to be able to learn and recognize faces with amazing accuracy, which according to scientists, is a pretty impressive feat.

Research carried out by a team of scientists from the UK's University of Oxford and University of Queensland in Australia, discovered that archerfish were able to learn and recognize faces.

​"We positioned a computer monitor that showed images of human faces above the aquariums and trained them to spit at a particular face," lead author of the report Dr Cait Newport, Marie Curie Research Fellow in the Department of Zoology at Oxford University said.

"Once the fish had learned to recognize a face, we then showed them the same face, as well as a series of new ones," he added.

"In all cases, the fish continued to spit at the face they had been trained to recognize, proving that they were capable of telling the two apart."

Archerfish are known for their ability to spit jets of water to knock down insects in branches above the water. In this study — they were trained to use their jets of water to show when they recognized a particular face.

The scientists wanted to find out if animals with small and simple brains — and no evolutionary need to recognize faces — could in fact still do it.

Out of 44 new faces the fish were on average 83.5 percent accurate on selecting the right face.

"The fact that a human brain has a specialized region used for recognizing human faces suggests there may be something special about faces themselves," Dr Newport said.

The study is published in the journal, Scientific Reports.