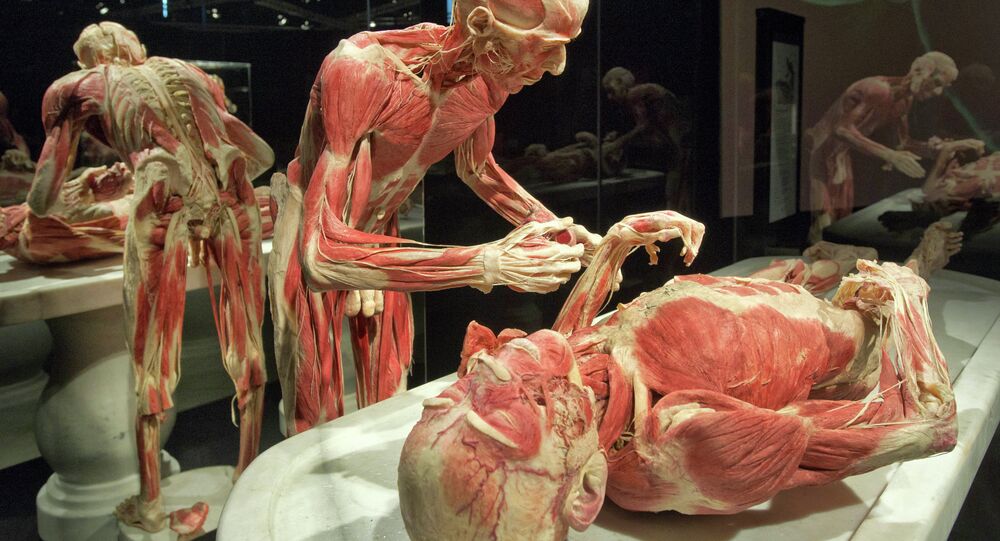 The world’s first ever human head transplant operation will take place in Germany, The Daily Star reported, citing Italian neurosurgeon Sergio Canavero, who said he planned to operate in December 2017.

“Today, I am officially asking Germany to help me realize the first cephalosomatic anastomosis in human history on German soil and live up to what you are: a country that has set standards in medicine and technology for centuries,” Dr. Canavero said.

"In fact, German technology is already part of this incredible project I codenamed HEAVEN!”

Valery Spiridonov, a 30-year-old Russian computer programmer and wheelchair user who suffers from Werdnig-Hoffman disease, a debilitating and eventually fatal spinal muscular atrophy, has volunteered for the macabre operation.

© Sputnik / Kirill Kallinikov
HEAVENly Surgery: Details of First Human Head Transplant Revealed
The operation to fit the head of a living human being the body of a recently deceased person, will be performed as part of Project HEAVEN (HEad Anatomosis VENture) and is expected to last about 36 hours.

Dr. Canavero of the Turin Advanced Neuromodulation Group in Italy recently presented the results of his experiments on rats conducted in South Korea, which proved that spinal cord fusion is really possible.

Canavero’s idea has caused controversial reaction among specialists, as some are convinced that the technology is disputable, but still vital and requires huge investments, while others believe it to be totally unsustainable.

In an interview with Sputnik Dr. Canavero said that inability to reconnect a severed spinal cord had always been a major problem, but experiments with rats using technology to be employed during operations on humans resulted in rats with re-fused spinal cords able to move again.

“What is really important here is that the fused spinal cords functioned again, which means that the door is now open to perform such operations also on humans,” he emphasized.