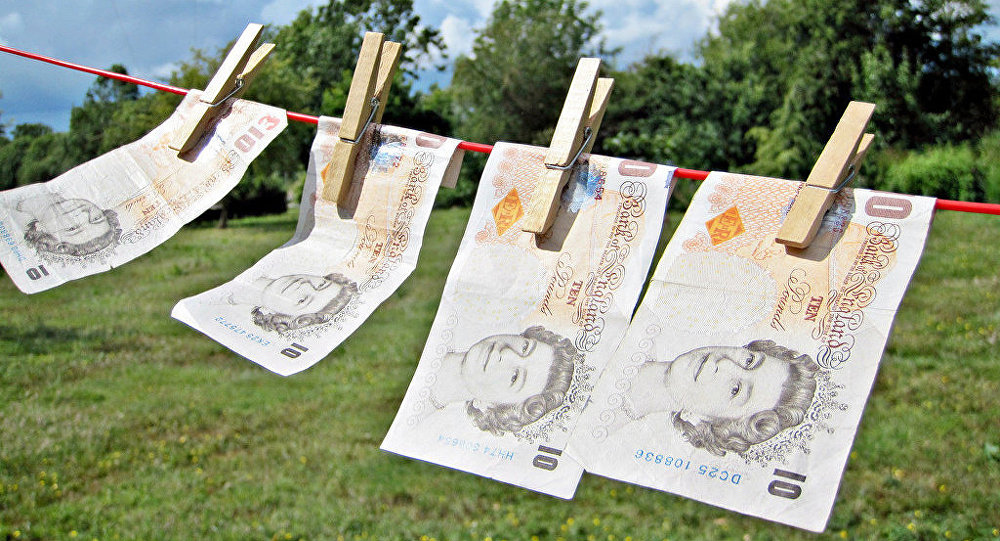 The saying goes, if you follow the money you will find the corruption, however it appears that trail no longer leads to criminal gangs but to global financial centers based in the heart of London.

Money laundering, a term typically associated with gangs is a process by which people can disguise their wrong-doing by hiding the source of their loot and transforming their money into legitimate assets. The process of laundering comes into play because the "dirty" money has now become "clean." 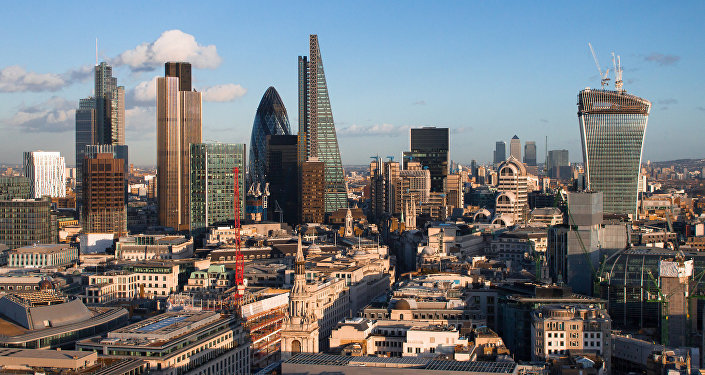 It allows criminals to spend the money without being questioned. The Home Office said that the best assessment of how much money is lost due to money laundering came from a UN analysis in 2009 which stated that the amount of money laundered globally was around 2.7 percent of the global GDP, which is equivalent to around US$1.6 trillion.

In addition to this the National Crime Agency (NCA) assessed that many hundreds of billions of pounds of international criminal money is laundered through UK banks, including their subsidiaries, each year.

There are also various types of money laundering; one is smuggling cash from one jurisdiction to another. Another form of laundering money is to open a business as a front in order to channel dirty money through it.

© AFP 2019 / Justin Tallis
Demonstrators dressed as businessmen protests against tax avoidance at a "tropical 'tax' haven" in central London on May 12, 2016, near the venue of the Anti-Corruption Summit London 2016.

The process of laundering money is not an easy one. Firstly large sums of money are placed into legitimate systems, and then broken into units. Once this is done the launderer will then move the money around to create confusion. This is done by wiring or transferring it through various accounts. They will then integrate them into a legitimate economy, which is achieved through the purchase of assets such as property, or buying shares in a business.

Technology is changing meaning that a crime committed by local gangs and hoodlums is now being done by oligarchs and the global financial institutions within London.

The National Crime Agency believes that it is often the professional person, who allows the launderer to succeed in their challenge. Money laundering is difficult to do alone and in secret, so knowing someone in investment banking for instance, can pave the way for a successful crime.

"While our assessment is that the vast majority of professionals working in these fields have a high standard of integrity, lawyers, trust and company formation agents, investment bankers and accountants are among those at greatest risk of becoming involved, either wittingly or unwittingly, in high-end money laundering," the NCA said on their website.

© REUTERS / Yves Herman
War on Want: Corruption is Alive and Kicking in UK's Tax Havens
The most obvious market now to exploit in London is property. According to Transparency International, around one in ten properties in Kensington and Chelsea are owned through a "secrecy jurisdiction" in other words tax havens, such as in the British Virgin Islands or the Isle of Man.

This acts as a major barrier to law enforcement investigations and it prevents estate agents checking whether any money laundering has taken place.