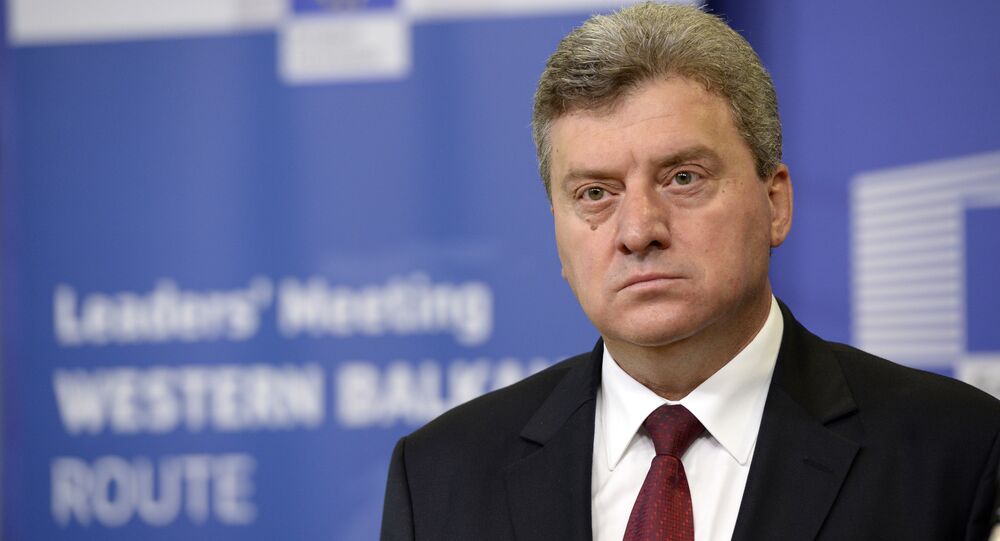 Macedonian President Gjorge Ivanov has performed a stunning U-turn by revoking all 56 pardons he previously granted to officials implicated in the country’s wiretapping scandal, following pressure from the EU and US.

"I have decided to revoke the remaining pardons that I had granted," Ivanov said in a statement.

The decision means that legal investigations into all 56 cases can continue, and comes after he last month revoked the pardons of 22 "politically active" under investigation.

"In the past 10 days [since the partial retraction of the pardons] we have witnessed different interpretations of the decision… therefore I decided to annul the remaining decision for pardoning," the president said.

Do not believe in regular and fair elections in October. Illusion. Macedonia needs gov. with independent prime minister from polit parties

​While the initial decision to grant the pardons triggered widespread public outrage and led to the cancellation of the elections previously scheduled for June 5, Ivanov defended his actions.

"I was and am convinced that this decision to pardon would contribute to national reconciliation and offer a way out of the political crisis," he said.

The decision to perform the U-turn came amid increasing pressure from the EU, the US and NATO, who put a strain on the president to revoke the pardons, arguing that failure to do so would extend Macedonia's political crisis.

Macedonia abolition free! Two months of protests, yet we continue to walk the streets for justice #протестирам pic.twitter.com/z2hyOWlTjt

​The political drama centers on claims that the government, under the leadership of former Prime Minister Nikola Gruevski, illegally wiretapped 20,000 people and placed them under surveillance.

Gruevski denied the allegations, claiming tape recordings that purportedly implicated him and other officials were fraudulent.

The release of the tapes by opposition leader Zoran Zaev led to widespread public protests, with Gruevski resigning this year as part of EU-brokered talks, which aimed at holding new elections in June.

#Macedonia SDSM leader Zaev schedules a press conference in half an hour. May ask that his 2008 pardon for corrupt land deals is revoked

​However president Ivanov's decision to grant pardons, along with other concerns over media and electoral transparency led to opposition parties boycotting the elections, which were ultimately canceled.

Both Gruevski and Zaev were among those to have their pardons revoked in relation to the wiretapping scandal and the subsequent release of audio tapes, while it was also revealed that Zaev was granted another pardon over a 2008 scandal involving land deals.