The organizers of the Swiss referendum on Unconditional Basic Income (UBI) succeeded in triggering a political discussion on the matter, despite the fact that the initiative has failed to pass, Co-Chair of the Basic Income European Network (BIEN) Karl Widerquist told Sputnik.

MOSCOW (Sputnik) — On Sunday, Switzerland became the first country to hold a referendum on UBI, with some 77 percent of voters rejecting the proposal of introducing an unconditional monthly income for citizens of $2,500. 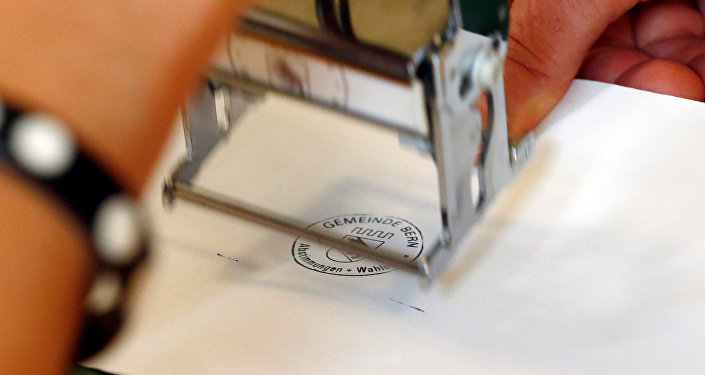 © REUTERS / Ruben Sprich
EU States Play With 'Marxist Dream' Rejected by Swiss Voters
“The organizers' hope was to get basic income into the political discussion, and they have succeeded,” Karl Widerquist said.

The failed revolutionary proposal called for all Swiss adults to be paid an unconditional monthly income, regardless of whether they worked or not. According to the authors of the initiative, which was proposed in early 2016, the UBI reflected the high cost of living in Switzerland. Meanwhile, opponents of the idea, including those from the government, believe that this innovation would weaken the country's economy.

“None of the organizers were expecting the referendum to pass the first time around [few Swiss referendums do]. They were expecting to start a dialogue, to begin the effort to convince people. And although they've only begun, they've already convinced more than 23% of the population,” Widerquist added.

The UBI referendum has been planned since 2013, when the Swiss Citizens Initiative gathered 100,000 signatures – enough to successfully trigger their right to have a national referendum on the issue.