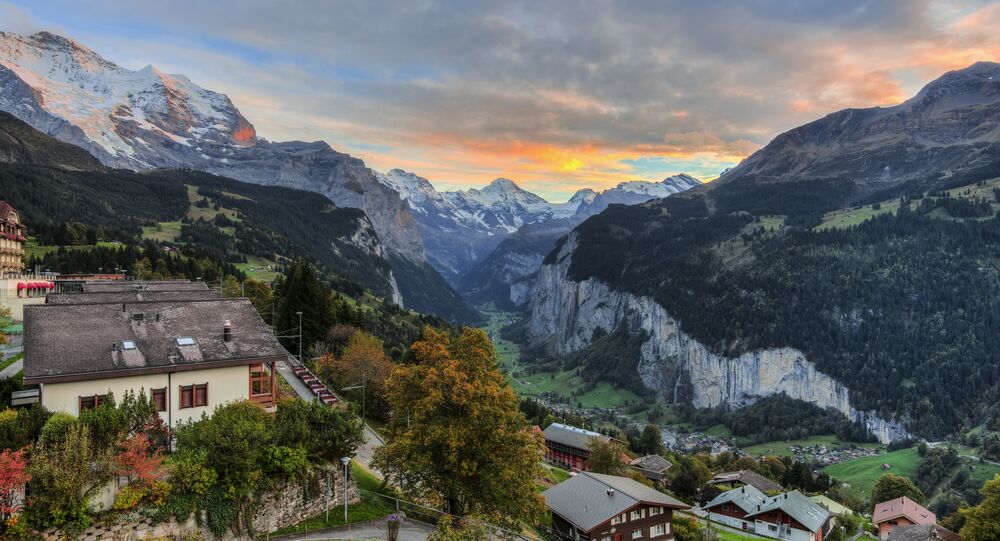 The Swiss are having a national vote on a revolutionary Marxist- inspired law that will give everybody unconditional basic income; one of the authors of the project told Radio Sputnik why everybody needs the money.

On Sunday Switzerland will hold a nationwide referendum on a proposal to provide the entire population with an unconditional basic income – in other words – money for nothing.

​The Marx-inspired idea proposes a basic monthly income of 2,500 Swiss francs ($2,652) for adults, and 625 Swiss francs for children. Its supporters say the state handouts would free people up to do important work that is currently not incentivized by markets, and help to fight poverty and inequality.

© Flickr / BTC Keychain
Virtual Economic Reality: Swiss Town Taking Bitcoin for Public Services
Enno Schmidt, one of the co-authors of the initiative, told Radio Sputnik that he hopes the referendum will encourage global discussion about a different economic model.

"In the capitalist world there is freedom, but no basis equality and not enough society. This (referendum) is an offer to everybody to think about this unconditional basic income. First, to be precise, it's just a basic income, not your whole income."

"There will be rich and poor, as today, there will be wages related to your performance as today, but the basic level will be protected for everyone," he explained.

Schmidt believes such a system will reveal to individuals their intrinsic motivation for work, instead of just working for money. He also thinks it would change social structures.

"It says that we trust everybody in society to decide for the best, that we are one society."

"When you have that, you can imagine what will happen – wages will be renegotiated, social benefits will increase above this amount. It's not a huge mass of more money, it's about the fact it is unconditional and I think this is a step forward particularly in our consciousness, and (forces us to) rethink our values," Schmidt said.

© Flickr / Mike Shaw
Switzerland May Guarantee All Citizens $2,600 Monthly Income
Schmidt said that the referendum was triggered after his campaign managed to get 100,000 signatures of support, and its result of which will be legally binding.

The proposal could take up to 20 years to fully implement, he said.

"If a majority (of voters) say yes, then the government will start with pilot projects, in regions, in some cantons. Then step by step we have to look at what is the right level for an unconditional basic income – 2,500 francs is just a number, it's enough for an adult to live but at a very low level."

"So the population will decide again how much it should be, and how to finance it. It's a long process," he said.