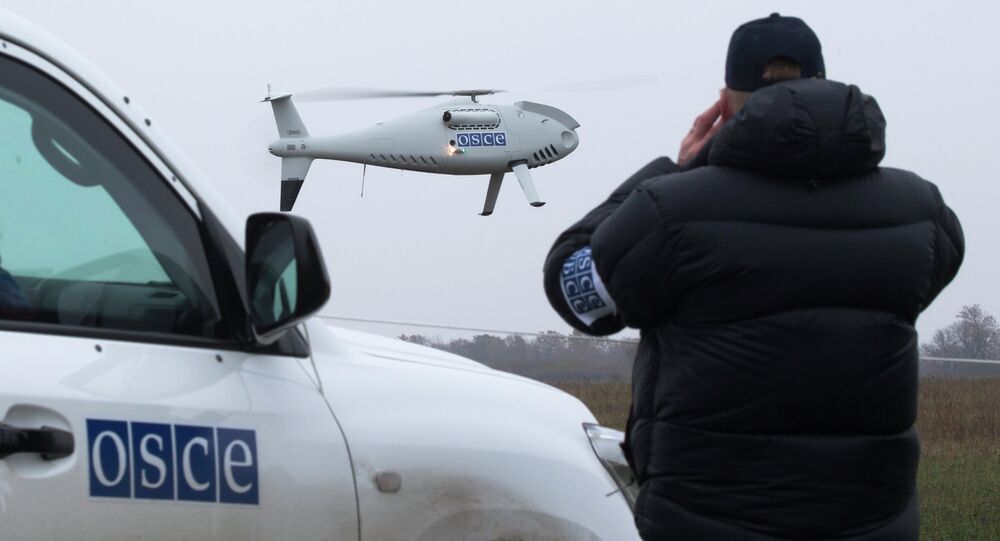 "[Hand out] fire arms for self-defense. Such a practice exists. We can say that it is an element of [OSCE mission's] police functions, but, first of all, it is protection and monitoring of non-violation of the withdrawal line and [heavy weapons] storage sites," Lavrov told Russia's Vesti v Subbotu weekly news program on the Rossiya television channel.

"It is always possible to mistake the wish for the reality, but it is unclean to juggle with words said at the highest level in a phone conversation or during personal meetings," Lavrov said pointing out that the leaders of the Normandy Quartet discussed the ways to improve the efficiency of the existing OSCE monitoring mission in Donbass.

The OSCE has been already tasked with monitoring the implementation of the Minsk deal provisions on settling the conflict between Kiev and the pro-independence militias in the country's southeast.