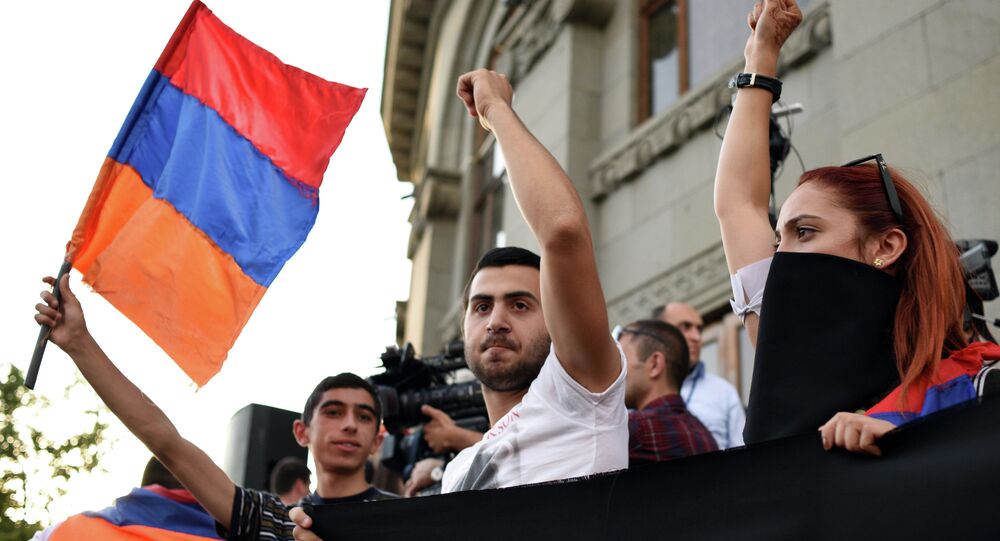 Ankara’s unwillingness to be a partner cpuld be influenced by the German parliament’s decision to acknowledge the Armenian genocide, Russian Foreign Minister Sergei Lavrov said.

© REUTERS / Fabrizio Bensch
Germany Recognizes Need to Keep Memory of Armenia Genocide Alive
MOSCOW (Sputnik) – Ankara’s unwillingness to be a partner on a range of issues could be behind the German parliament’s decision to acknowledge the Armenian genocide, Russian Foreign Minister Sergei Lavrov said.

"I suppose in the end, all of it comes from Turkey’s unwillingness to be a real partner on a range of issues, from its periodic attempts to organize scandals, offend its partners, including in Europe. I think that their [Ankara’s] reaction to Bundestag’s decision is absolutely inappropriate," Lavrov told Russia's Vesti v Subbotu weekly news program on the Rossiya television channel.

On Thursday, the German parliament adopted a bill recognizing the World War I-era mass killings of Armenians by Ottoman authorities as genocide. The Turkish Foreign Ministry called the move shameful.

"Perhaps, certain speculations played a role, made the initiators of this [Bundestag] vote suggest doing it precisely at this time, but I can’t speculate on that," Lavrov said.

Up to 1.2 million Armenians were slaughtered or starved to death by the Ottomans during and after World War I, according to various estimations. The empire’s policy of ethnic violence has been recognized by many European countries and Russia as genocide. Ankara maintains that Turkish nationals were also victimized.

EU Calls for Reconciliation in Turkish-Armenian Relations Amid Genocide Row