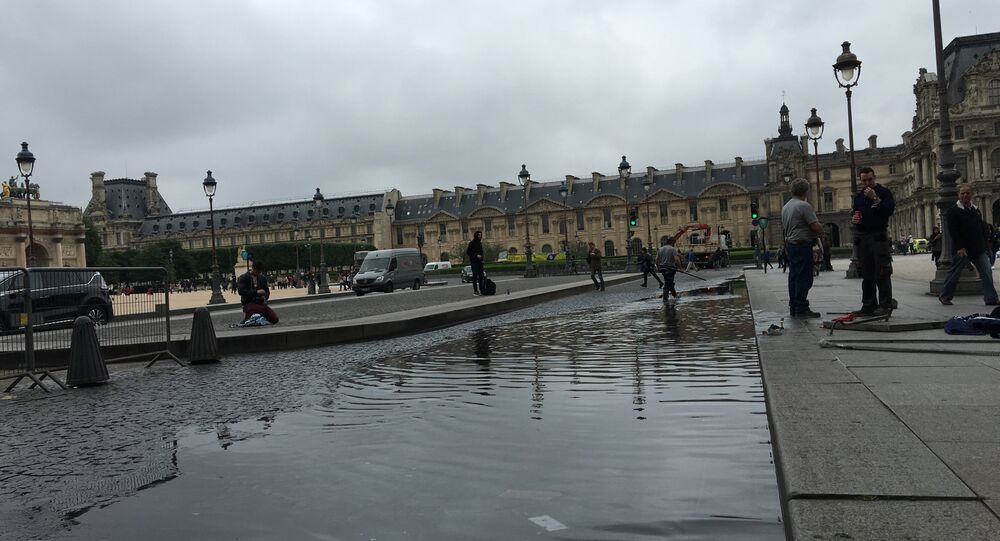 On Friday the New York Times reported that the Paris Louvre's priceless artworks are under threat from flooding, but Sputnik's investigation puts worried art-lovers' minds to rest.

© REUTERS / Jacky Naegelen
Paris Seine Water Level Reaches 34-Years Record
Torrential rains in central Europe have caused the River Seine to spill over onto embankments in many areas of Paris. After first bursting its banks on Wednesday, the river was due to peak at 6.5 meters on Friday evening, its highest level for more than 30 years.

On Friday the New York Times filed an alarming report, informing readers that the Louvre Museum and the Musee d'Orsay had relocated masterpieces from rooms vulnerable to flooding.

Officials at the world's most visited museum activated an emergency flood-protection plan established in 2002, prioritizing the most fragile artworks, like tapestries.

However, Sputnik's investigation can put worried minds at rest; this video shows that the measure is just a precaution and the museum doesn't really appear to be in danger from the puddle that has formed nearby.