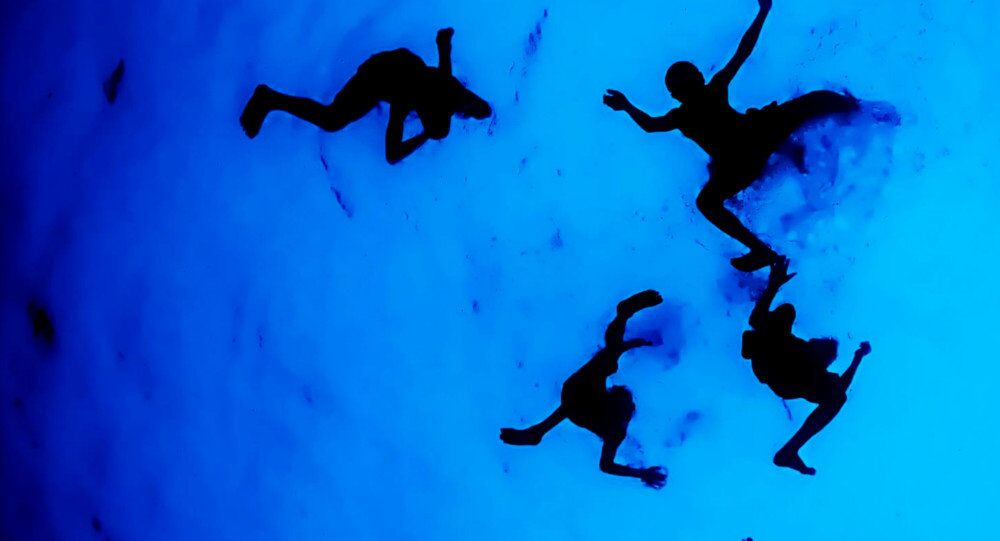 'Politicians Playing With People's Lives' as Another Migrant Boat Capsizes

More than 300 people have been rescued and three bodies recovered from a boat that capsized off the Crete coast, elsewhere 100 bodies have been washed up on Libyan beaches, as politicians are accused of "playing a game with people's lives".

"If Turkey doesn't get what they want there will be a lot of refugees arriving in Greece," Neezo Dhan, an independent volunteer on the Greek islands told Sputnik.

"On Samos, we saw almost a complete stop in the number of boats arriving on the island's shores — but in the last few weeks while negotiations between the EU and Turkey continue, people will carry on arriving in Greece," Dhan said.

"The politicians are playing a game with people's lives."

Four ships, helicopters and airplanes had to be scrambled to rescue 340 people after the boat was found 75 nautical miles south of the Greek island of Crete.

The capsized vessel was 25 meters long and was used to carry around 700 people, according to the International Organization for Migration.

"We've heard that there were 400 or 500 people on board, but we cannot confirm that number," Nikos Lagadianos, spokesperson for the Greek coast guard said.

Meanwhile, the bodies of at least 100 people have washed up on the shores of Libya's coast, including two children who were found on beaches near Zuwahra.

"I think it's only going to get worse — it's going to happen more regularly," Dhan, who also trained on a Swedish rescue boat, told Sputnik.

The odds might be better for surviving once in Turkey or Greece, but conditions for refugees are "dehumanizing".

"The refugees in the hotspots have been dehumanized, the authorities hope the conditions will deter people from making the crossing, but they don't understand what they're fleeing from."

"Nothing can put desperate people off from getting into a boat to flee a war zone," Khan told Sputnik.

"I've seen people sleeping on concrete, drinking unclean water. They're treated like animals not refugees. I've also heard rumors from volunteers in Turkish refugee camps that refugees are often hit by police officers who also put out their cigarettes on them. They are not five star camps — the conditions for refugees are a lot worse in Turkey.

"I want the world to be more aware of the reality of the situation for refugees in Europe — these people are human beings."

There are also new reports from voluntary organization, Calais Action, that all the dormitory cabins inside the detention camp on Samos are uninhabitable following a night of fighting and serious fire and a in the camp.

"Some of the large dormitory style cabins have been completely destroyed by fire and others are water logged from efforts to put the fire out. They are now all unfit for habitation," Calais Action told Sputnik

Hotspot #Samos after riots in the past days. Shows the serious situation in camps. 70 refugees injured. #RefugeesGR pic.twitter.com/WzFmVi1A9A

"People are now sleeping rough on the beaches and out on concrete pavements. The police should and could have prevented this," a volunteer on the ground reports.

Calais Action says the "inhumane unsanitary conditions in which people are living are certainly contributing to the levels of stress and tension. People are cramped on top of each other & are having to fight for their basic human needs. They queue for hours for poor quality, non-nutritious food. No one should have to live in these conditions. It is inhumane."

© REUTERS / Umit Bektas
EU-Turkey Deal Disastrous 'for Human Rights on All Levels' - Amnesty
The group is calling for the EU to "urgently" examine its deal with Turkey.

While hotspots on the Greek islands swell with people, creating a bottleneck for asylum seekers following the one-for-one refugee deal between Turkey and the EU, Ankara and Brussels are embroiled in a row over the details.

Turkey has threatened to abandon the deal if its citizens are not granted visa-free travel to the European Union after Brussels added conditions to the visa waiver which include Ankara narrowing its legal definition of terrorism — which Turkey is refusing to do.

As negotiations between politicians continue, so do the capsizings and the washed-up bodies on beaches.