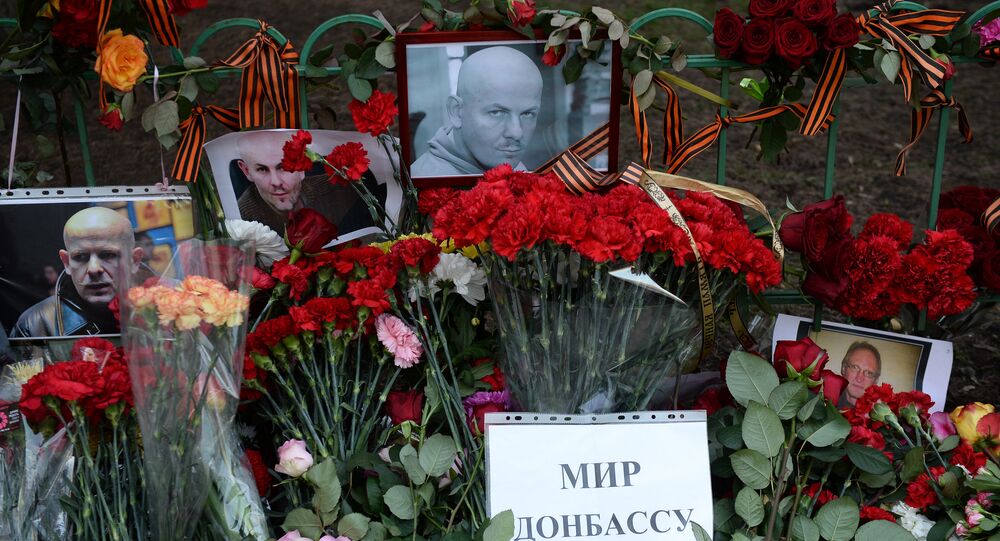 Reporters Without Borders Urges Probe Into Murder of Journalists in Ukraine

Gemma Poerzgen, a journalist and board member of Reporters Without Borders Germany, said that polarization of the Ukrainian society was an obstacle for journalists, especially for those who tried to take a fair position toward Russia.

"Our demand is, of course, to remind that there were murders [of journalists in Ukraine] and that they must be investigated," Poerzgen said in Berlin where she presented her report on the situation with journalists and media in Ukraine called "Facing Reality After the Euromaidan."

She added that there were no more murders of journalists in Ukraine now.

Poerzgen also said that polarization of the Ukrainian society was an obstacle for journalists, especially for those who tried to take a fair position toward Russia.

"Yes, the situation is a bit like that now," she said, answering a question whether journalists with a balanced position toward Russia were treated as enemies of the state, as quoted by Deutschlandradio.

© Sputnik / Alexei Vovk
Suspected Killer of Kiev Critic Oles Buzina Served in Special Police Unit
One more problem of the Ukrainian media, according to Poerzgen is the influence of oligarchs.

"The influence [of oligarchs] is really very big. So, all big private TV broadcasters belong to oligarchs. This is very nontransparent," she said.

Her report itself cites murder of Ukrainian opposition journalist Oles Buzina in April 2015 as an example of media workers being killed in Ukraine. The paper adds that the murder of Buzina coincided with violent deaths of several supporters of toppled ex-President Viktor Yanukovych in spring 2015.

The issue of journalists' security in Ukraine was touched upon by the OSCE representative on freedom of the media, Dunja Mijatoviс. in light of the Ukrainian website Mirotvorets disclosing on May 10 the names, addresses, phone numbers and email addresses of international journalists accredited by the self-proclaimed republics of Donetsk and Luhansk authorities to cover developments in the conflict zone. Mijatoviс expressed her concern over the journalists’ security and said that some of them had already received threats.