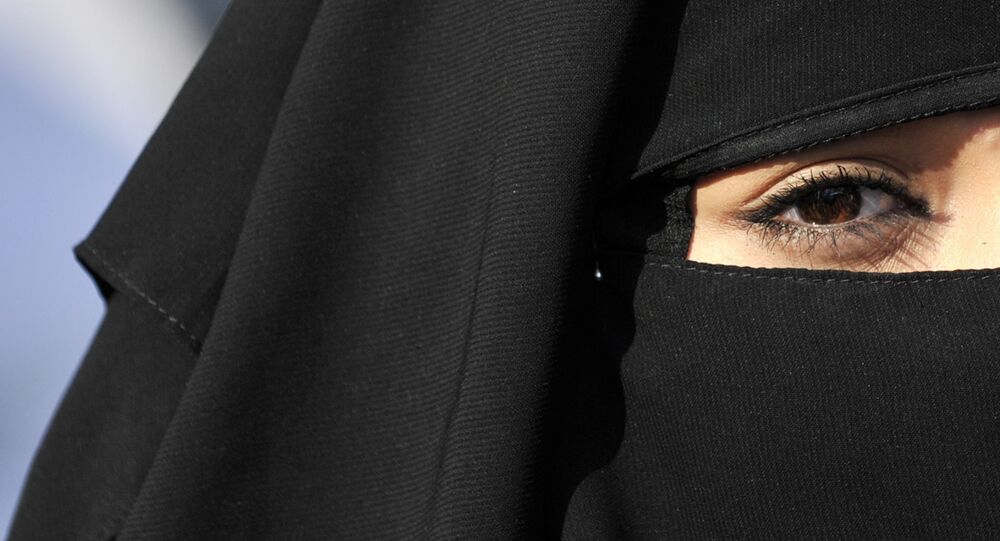 A case involving the child marriage of Syrian refugees is likely to be heard by Germany's Federal Court, after local courts in Bavaria came to contradicting decisions about whether to allow the couple to stay together, German newspaper Die Welt reported.

© Flickr / Henning Hofmann
No to Brussels and Berlin: Bavarian Independence Party Tells Sputnik About EU's Future
The marriage of 15-year-old Alia and her 21-year-old husband Amir is set to become a test case for the German justice system, after they migrated from Syria to Germany last year, German newspaper Die Welt reported on Tuesday.

"Alia and Amir are not only cousins: the young couple are also married – since February 2015, according to Syrian Sharia law. The bride was then only 14," reported Die Welt.

"The couple have become a real problem for the German justice system: what do you do with refugees who according to German law are far too young to get married? Should their relationship be protected, or have young girls in this situation been abused?"

The couple in question arrived in Germany in August 2015, having traveled together along the Balkan migration route through Turkey and across the sea to Greece.

In September child welfare authorities in the town of Aschaffenburg, Bavaria, separated the couple, and sent 15-year-old Alia, as is usually the case with child refugees, to live in a youth institution under the custody of the local child welfare office.

However, her 21-year-old husband Amir contested the decision in Bavaria's Family Court. In a further sign of protest, both husband and wife boycotted German language lessons.

In court, the child welfare authorities argued that Alia is too young to be married, is not in a position to understand the full consequences of getting married, and should be subject to protection under the German constitution. They added that Amir seems older than 21, and Alia seems younger than 15.

The court ruled that German law should take precedence over Sharia law. The judge decided that contact between the couple should be limited and only take place in the presence of third party, which would also prevent the possibility of Alia becoming pregnant.

However, on May 15 the Bavarian High Court overturned the decision, and gave Alia permission to return to her husband. Via the German Embassy in Lebanon, the authorities had found out that the couple had married legally in Syria, and there existed a civil registration of their marriage.

The state High Court could see no signs that Alia was forced into the marriage, and ruled that since the marriage is lawful, the youth welfare office cannot order the girl to be separated from her husband.

The youth welfare authorities have said they will probably appeal the decision, so the case is now likely to be heard by Germany's Federal Court of Justice in Karlsruhe, a scenario which was welcomed by Bavarian Justice Minister Winfried Bausback and Thomas Kutschaty, Justice Minister of North Rhine-Westphalia."

"In the context of the refugee influx there has been an increase in the number of cases of married girls from Syria or other countries or minors," said Kutschaty, who during a conference of local Justice Ministries this week proposed revising the law concerning underage marriage.

© AFP 2021 / KAREN BLEIER
Lock & Load: Bavarian Firearms Sales Soar Amid Ongoing Migrant Crisis
It is unclear how many cases there are of child marriages among migrants and refugees arriving in Germany; in North Rhine-Westphalia the authorities estimate there are at least 188 cases, in Baden-Württemberg 177 cases.

Bavarian Justice Minister Winfried Bausback told Die Welt that the Bavarian High Court's decision did not give a definitive ruling as to whether the marriage of Alia and Amir is against German values and legal norms, and left the way open to resolve the case at a higher level.

"The protection of minors in our legal system is a valuable thing, which is ordered by the constitution," Buasack said.

"The human rights situation, which unfortunately still exists in some parts of the world, whereby 13 or 14 year old girls can get married is thank goodness long gone in Germany and Europe," he added.