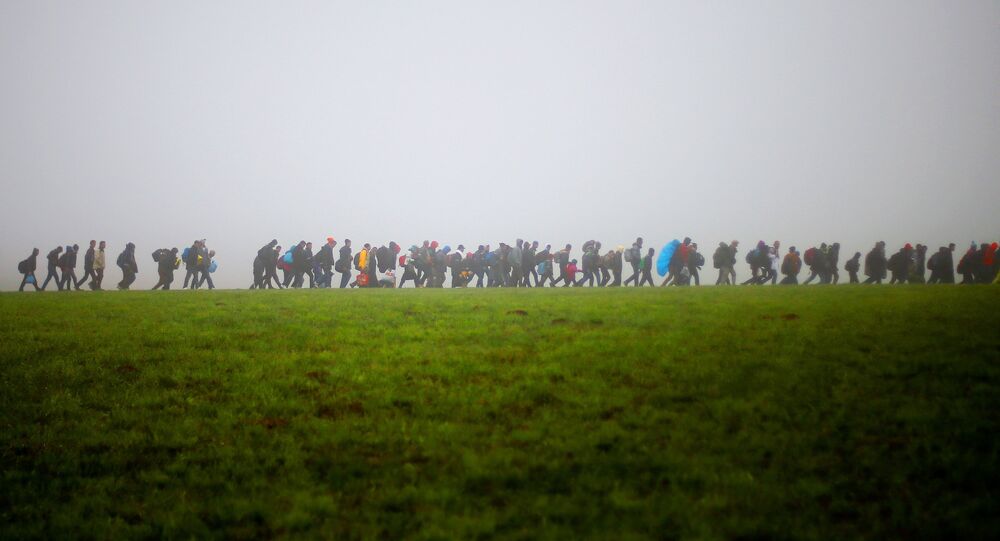 A newly-built wooden structure in Northern Austria, intended to house several dozen migrants, has burned down, according to police reports, who suspect arson.

The building, constructed in town of Altenfelden, near Austria's borders with Germany and the Czech Republic, caught fire in the early hours of Wednesday. The structure is owned by the Red Cross, and was intended to house some 48 asylum-seekers. After some 200 firefighters extinguished the blaze, police discovered evidence that the building was set on fire deliberately.

"We found two sources along the building's outer walls… where unknown suspects are thought to have started the fire," police said in a statement, adding that an investigation is underway.

Austria uses wood in its refugee buildings for its lower cost, and residents had yet to move into the newly-constructed center. The fire left only charred remains of the building, but no one was harmed. The incident shocked Red Cross and Austrian officials, as well as many Austrians.

"Until several hours ago, I would not have imagined that something like this could happen in Altenfelden," Mayor Klaus Gattringer told Austria's APA news agency. According to the Red Cross, there were "no indications that people in the village were at all unhappy."

"It was a shock for us," said Stefan Neubauer, Red Cross spokesman, "It was an act of vandalism with which we have not been confronted yet."

Despite the rising popularity of anti-immigration sentiment, violent attacks against immigrant houses in Austria are relatively rare.

Austria took in some 90,000 asylum seekers, over 1 percent of the country's population. Anti-immigrant crimes were reported to be rising last month, with 1,150 cases of "extremist acts" recorded in 2015. The Interior Ministry reported 25 violations targeting asylum homes in 2015, some by arson or attacks using fireworks.

"There can be no tolerance for extremist criminal acts," Interior Minister Wolfgang Sobotka said in a statement. "Violence against those seeking protection is not the solution and is a breeding ground for radicalization."

Neubauer stated that the Red Cross will rebuild the house, estimating the damage at around $335,000.

"We will carry out our duty to aid people looking for help and will seek out discussion with the regional authorities to rebuild the center as soon as possible," said Walter Aichinger, the president of the Red Cross.

Lack of Legal Routes, Violence Behind Migrant Flow Increase in 2016