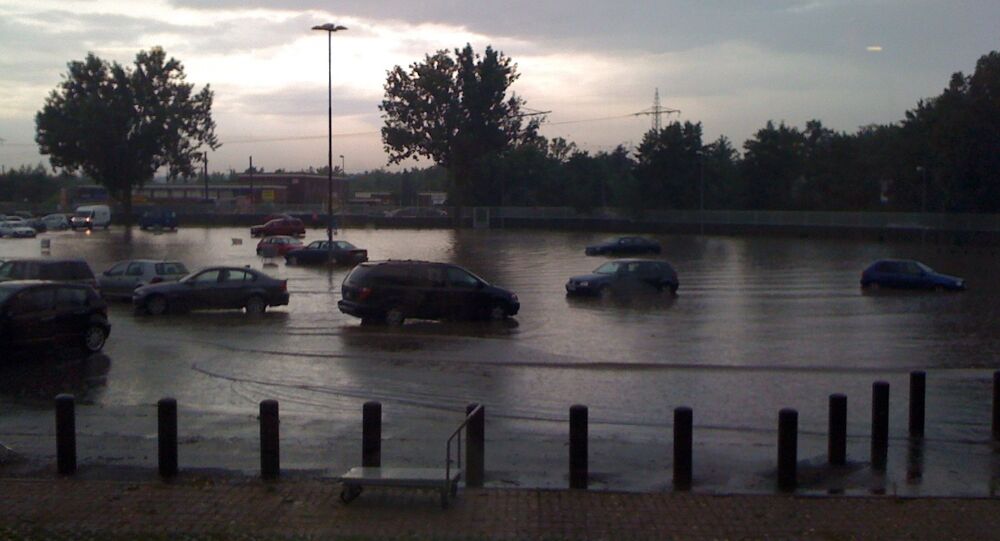 At least four people have been killed by floods in the German region of Lower Bavaria, local media report.

MOSCOW (Sputnik) – Three of the bodies were discovered by divers on Wednesday evening in a flooded house in Simbach am Inn, a town in the Rottal-Inn district of Bavaria, the Frankfurter Allgemeine Zeitung (FAZ) newspaper said citing local authorities. The fourth body was discovered in the Bach municipality.

© Photo : Youtube/Sputnik
Severe Flood Hits Germany
The identities of the victims have not been established, according to FAZ.

An emergency alarm has been issued in southeast Bavaria amid heavy rains and flooding, the newspaper said. The Rottal-Inn district has been particularly affected.

About 9,000 houses in the region have been left without electricity as of Wednesday evening.

Earlier this week, it was reported that at least four people had died in southern Germany amid floods. Hundreds of residents were evacuated.

Going Down: Building Gets Washed Away by Flood