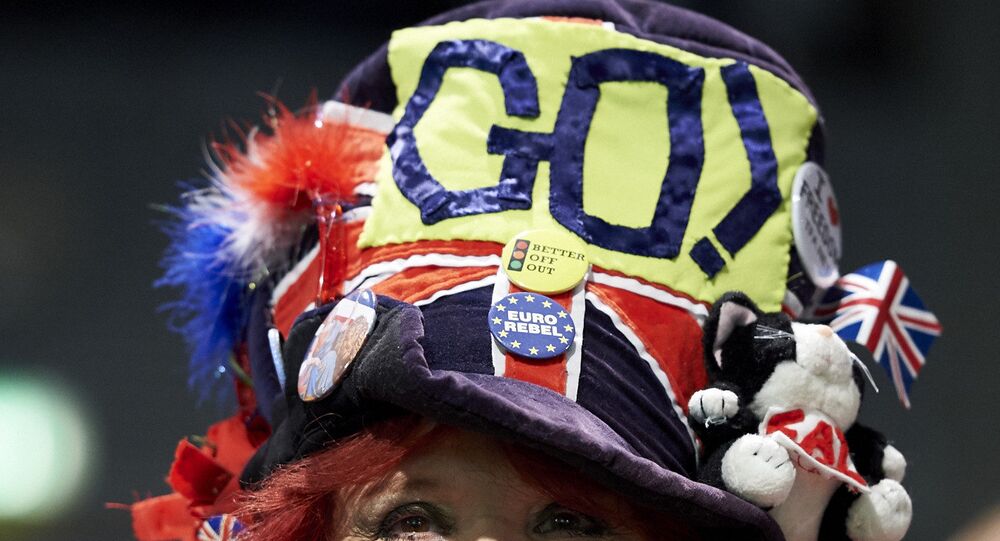 Supporters and opponents of the United Kingdom’s membership in the European Union have the same level of support with three weeks and one day before the Brexit., according to the poll.

MOSCOW (Sputnik) – Supporters and opponents of the United Kingdom’s membership in the European Union are in a dead heat at 41 percent each for the second week in a row, a new poll revealed Tuesday.

© AFP 2021 / Paul Ellis
Is Brexit Enough or Do Leave Campaigners Want to Bring Down the Entire EU?
With three weeks and one day remaining until the British population votes in the so-called Brexit referendum, the Vote Leave and Vote Remain camps have upped mutual accusations of misleading potential voters.

The remaining 13 percent were undecided and a further 4 percent said they would not vote.

The survey was conducted among 1,735 British adults on Monday-Tuesday, with results unchanged since the previous poll published on May 23-24.