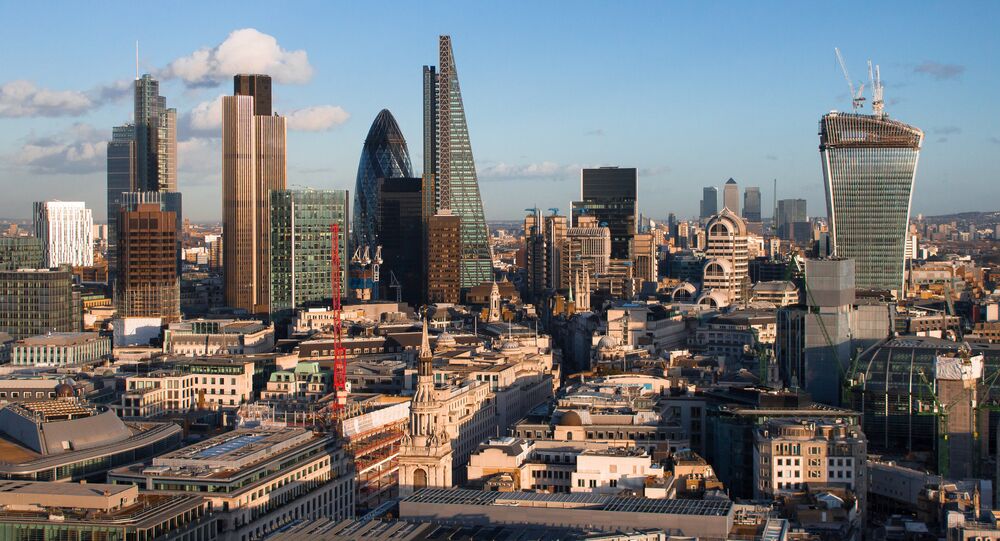 Campaign group Transparency International has told Sputnik that anti-mafia expert Roberto Saviano is right to declare the UK 'the most corrupt country in the world', protecting its home-grown tax havens from scrutiny.

Roberto Saviano, the anti-mafia campaigner who has been under police protection since exposing the activities of Naples crime syndicate the Camorra told a meeting in the UK House of Commons:

"It's absolutely true that the UK is one of the leading financial centers for the laundering of corrupt money from overseas, whether through the property market, luxury goods or other sectors."

© AFP 2020 / Justin Tallis
London: Money-Laundering Capital of the World Hosts Anti-Corruption Summit
"Our research found that 36,000 London properties are owned through secretive offshore companies with little scrutiny over the source of wealth in those transactions. The UK has been a prime location for stashing away illicitly gained wealth, as anti-money laundering systems are weak and sectors such as UK property represent a safe investment, as well as a place to hide corrupt money," Davies told Sputnik.

In May, UK Prime Minister David Cameron hosted a global anti-corruption summit in London, during which he said:

"What we're doing to expose corruption, where the absolute key is having greater transparency and you can see countries committee to exchanging more tax information, ownership information and — in the case of the United Kingdom and others — for the first time having not just a beneficial ownership register — who owns what — but also making that public so that it can be investigated by others."

However, critics have said that although the UK itself may be cracking down on corruption, many of the Crown dependencies of the United Kingdom — such as Jersey, Guernsey, the Isle of Man and British Overseas Territories, including Bermuda, the Cayman Islands, the Turks and Caicos Islands, the British Virgin Islands and Gibraltar — remain secretive about the tax affairs of companies registered in their territories.

9% ^ in LDN properties owned offshore since our research last year! UK has long way to go to end role as safe haven https://t.co/rN9mVKpYe2

"There were a few areas to which the summit didn't extend — such as a commitment to extend transparency to the UK's Overseas Territories and Crown Dependencies through the adoption of central, public registers of the true owners of companies. Furthermore, the UK needs to address domestic corruption risks in UK political institutions and local government, and ensure that law enforcement is adequately resourced to act on illicit flows and cases of British companies bribing overseas. The rhetoric has been promising, but now the words need to translate into strong action."