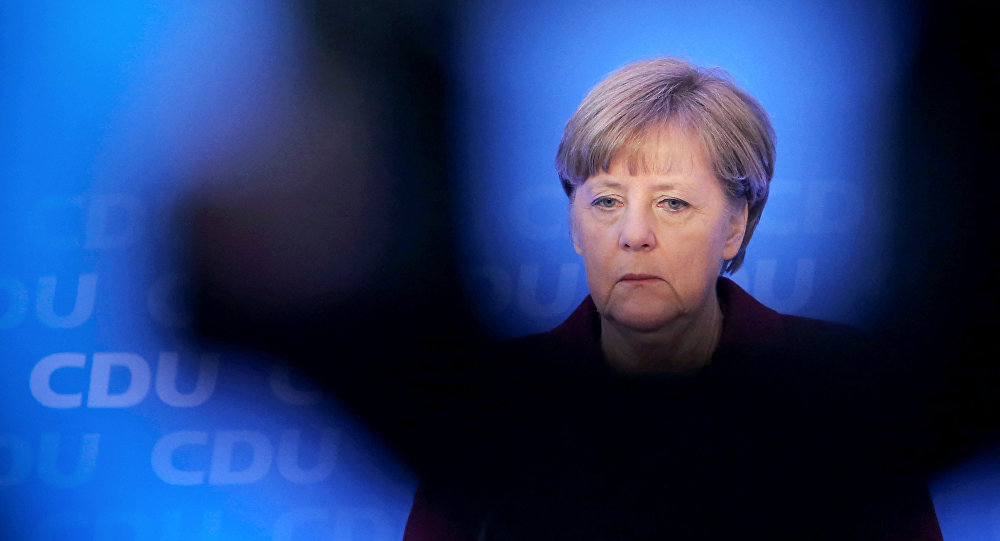 The open war of words between German Chancellor Angela Merkel's Christian Democratic Union (CDU) party and its sister party, the Bavaria-based the Christian Social Union (CSU), continued with her finance minister lambasting the CSU for their attacks on her.

"I have to reject the formulation 'Dispute between Merkel and [Bavarian state premier and CSU chairman] Seehofer'. These are attacks against Merkel. There is nothing comparable from the CDU toward the CSU, neither toward the party as a whole nor toward individuals."

Merkel is now facing the biggest rift between her CDU party and the CSU since the two parties made an alliance following the Second World War, with Seehofer threatening to stand against Merkel at the 2017 federal elections in which a poll by German magazine Cicero shows that two-thirds of Germans do not want to back Merkel or her party.

"We want to go into the election campaign with her [Merkel], together. But she's not making it easy for us at the moment."

Rise of the Right 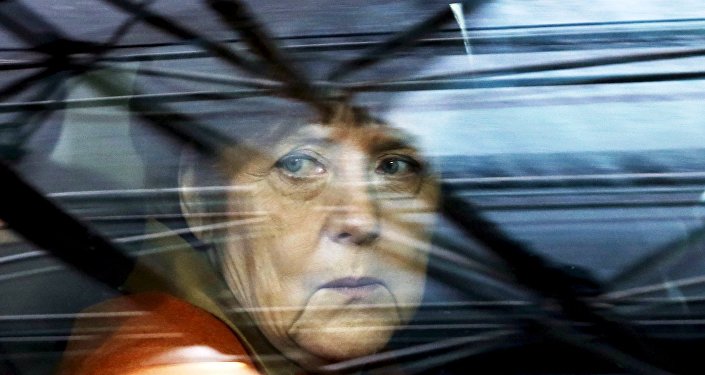 However, the sheer volume of migrants arriving in German has caused major strains in many German states, with asylum-seekers creating a burden on local authorities. Moe than 1.1 million entered Germany in 2015 alone. 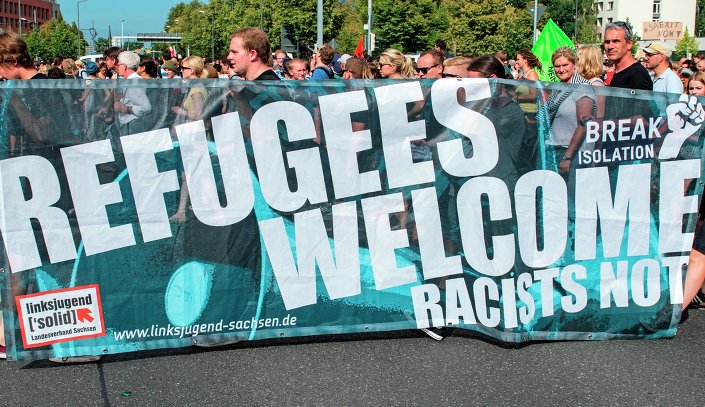 © AP Photo / Jens Meyer
Protesters demonstrate with a banner 'Refugees welcome!' in Dresden, eastern Germany, Saturday, Aug. 29, 2015. A refugee shelter was attacked by far-right protesters in Heidenau near Dresden over the last weekend.

Merkel has refused to bend for calls to cap the total number of refugees Germany will take this year, causing anger in Bavaria, where Seehofer has had to deal with the flood of migrants coming over the border from Austria.

The latest poll for the eastern state of Brandenburg, shows the AfD overtaking the Left, jumping seven points to 20 percent to claim third place behind the German Chancellor Angela Merkel's CDU/CSU party.

In Berlin and Mecklenburg-Western Pomerania — two states holding elections in September — the AfD and the Left are now virtually neck and neck.

Merkel's Party in Despair Over Migrant Crisis and Poll Drop