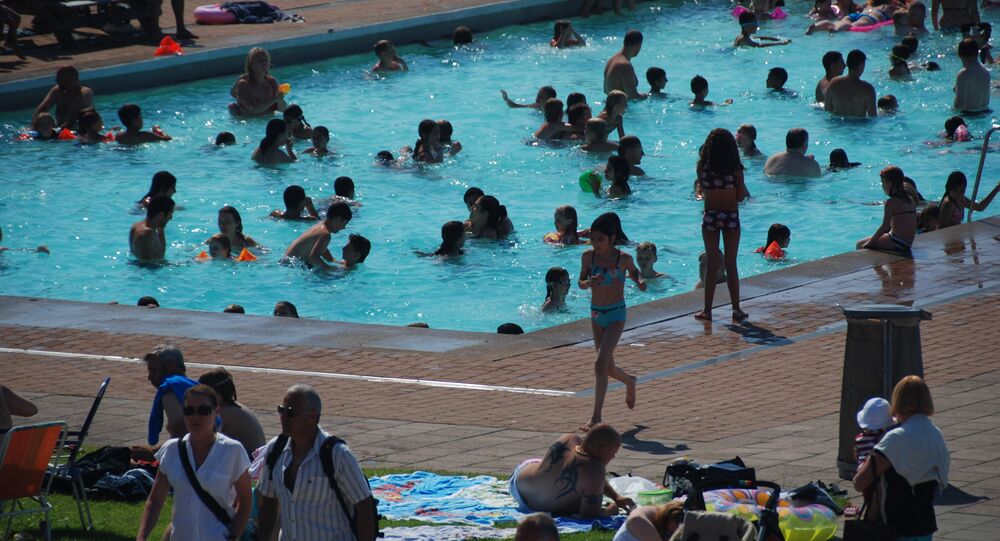 As Sweden's Muslim community continues to grow in the aftermath of a disastrous refugee policy, a number of municipal pools are offering ladies-only swimming hours to help the new arrivals accommodate. Remarkably, this contrasts starkly with Swedish culture and its emphasis on sexual equality.

© Flickr / Claus Tom Christensen
'Recipe for Integration'? Segregated Swimming Hours Big Hit in Denmark
For decades, municipal swimming pools in Sweden have operated on mixed-gender basis, but by offering women-only hours, officials are hoping to help the country's growing Muslim population to adapt. Despite being ethically dubious and contrary to Sweden's obsession with egalitarianism and gender equality, separate swimming hours have been introduced by thirteen of Sweden's 100 largest municipalities, and the number continues to rise, the Swedish TV channel TV4 reported.

In the past months, the issue of separate swimming hours has stirred a sizzling debate in Sweden. Some rebuke the move as regressive and morally repulsive, while others laud it as a sensible way to include the country's increasingly diverse population. On the face of it, the goal is to encourage women and girls to take up swimming, as females only account for 40 percent of swimming pool visitors, 10 percent short of parity.

However, there are many indicators that this noble quest has gone too far. Earlier this month, Sweden's Democracy Minister Alice Bah Kuhnke of the Green Party argued that gender-segregated swimming pools are "problematic" and lauded mixed-gender swimming as "a victory after many years and generations of the struggle for gender-equality," the tabloid newspaper Aftonbladet reported.

© AFP 2021 / JONATHAN NACKSTRAND
The Gifted 500: Fraction of 163,000 Swedish Refugees Find Work
Christian Democrat Yusuf Aydin concurred, saying that not allowing women to swim together with men only cements the old and stale patriarchal systems of the Middle East and North Africa. According to him, such values do not belong in Sweden, he told Aftonbladet.

In Sweden's most multicultural city, Malmö, members of the local International Women's Association, dedicated many hours to fierce debates and arrived at the conclusion that gender-separated swimming is harmful.

"Men who are not comfortable being in the same swimming pool as women should not be there," Iva Parizkova Ryggeståhl said, as quoted by the Christian Science Monitor.

By contrast, supporters of gender-separated swimming hours, such as the Feminist Initiative party, maintain that Muslim women otherwise would never get a chance to swim.

"In Sweden, we do not want any children to drown. Here, you must be able to swim to get a passing mark in physical education. If you fail, it becomes difficult to enter high school," she said.

The total number of Swedish Muslims remains a matter of debate, as the given estimates range between 100,000 and 500,000 practicing worshippers in a country of almost 10 million. The reason is that registration by personal belief is illegal and regarded as "discriminatory." Regardless of which of the estimates is correct, Sweden's Muslim community is booming, as over 160.000 refugees from predominantly Islamic countries were taken in last year alone.