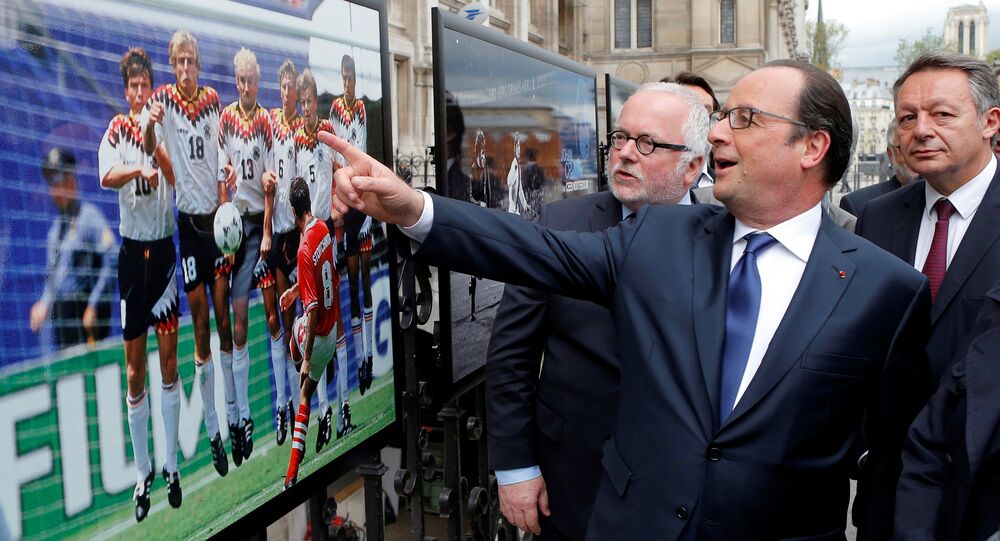 French President Francois Hollande has started to make pay offers and ease austerity measures in an attempt to buy off social unrest in the second week of mass protest against his reforms of French labor laws as the whole rail transport system is hit by strikes.

With just ten days to go before the first match in Euro 2016 — which France is hosting — Hollande has been forced to offer sweeteners to teachers and performing artists, as well as intervene in railway pay negotiations in order to head-off major disruption to the football tournament.

French rail workers Tuesday night (May 31) began a series of open-ended walkouts as part of ongoing mass strikes across France over controversial reforms to the highly codified French labor laws — known as the Code du travail.

© REUTERS / Philippe Wojazer
Hollande: 'I Will Not Yield' Over Controversial Labor Reforms Amid Protests

Workers at the French railway network SNCF walked out on the evening of May 31 — despite offers by Hollande to intervene in negotiations over the state operator's reorganization —  be followed on June 2 by colleagues on the Paris Metro.

#Frexit Index has tripled in May as investors see higher risk that #France, incapable doing reforms, will leave Euro pic.twitter.com/AsjPbJAXzV

​Hollande is facing deep divisions within his own party and well as continuing mass protests by students and unions after surviving a no-confidence vote over his reforms to the country's labor laws and bypassing parliament to push them through. He invoked a little-used article of the French constitution to enact the reforms, sparking more than eight weeks of mass protests across France.