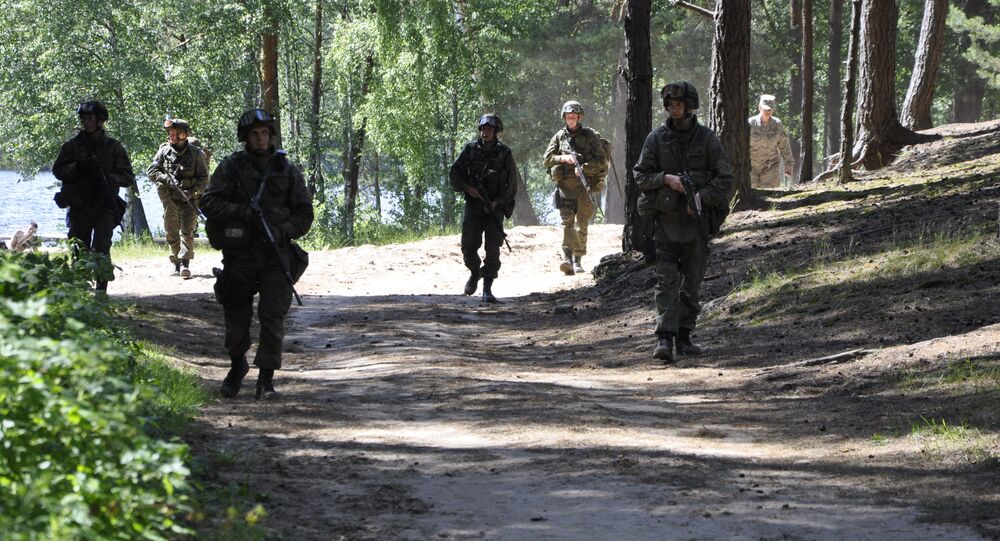 The "traditional" fear of a Russian invasion across Scandinavia, largely hyped up by the mainstream media and top-ranking politicians, has sometimes had a fun side to it. The residents of a Finnish island were scared out of their wits by a "foreign invasion," which later turned out a planned military exercise by Finland's own armed forces.

© AFP 2020 / JOHAN NILSSON / TT News Agency
The Blame Game: Sweden Never Tires of Crying Wolf and Accusing Russia
Inhabitants of the island of Kamsholmen east of metropolitan greater Helsinki spotted uniformed men with guns. One of the locals reportedly fled to the mainland and called the country's emergency services. Later it transpired that the "invaders" in fact were Finnish Army soldiers, which had either "invaded" the wrong island or failed to inform its residents in good time.

Bjarne Winberg, a resident of Kamsholmen, told the newspaper Ilta-Sanomat that a large boat had docked in the immediate proximity of his house and unloaded a group of men in army uniforms carrying rucksacks and what looked like guns.

When the mystery militants disappeared into a nearby forest, Winberg valiantly jumped into his own boat and set sail for the mainland, where he called the emergency services, supposedly tipping them off about the "enemy." However, the invasion later proved to be a night-time training exercise had gone wrong.

© AP Photo / Paul Madej, SCANPIX
Sweden and Finland Pretend to Fish for Russian Subs off Gotland
The newspaper Östnyland explained that Kamsholmen was not meant to be part of the exercise, whereas other reports suggested that the army had simply forgotten to inform residents.

The deap-seated anti-Russian paranoia in the Baltic was given vent in 2014, as Finland's neighboring country Sweden engaged in painfully unsuccessful hunt for what was rumored to be a damaged Russian submarine, which later "escaped." Still, the Swedish Army never produced any substantial evidence, bar grainy pics taken on the cellphone by equally paranoid locals.