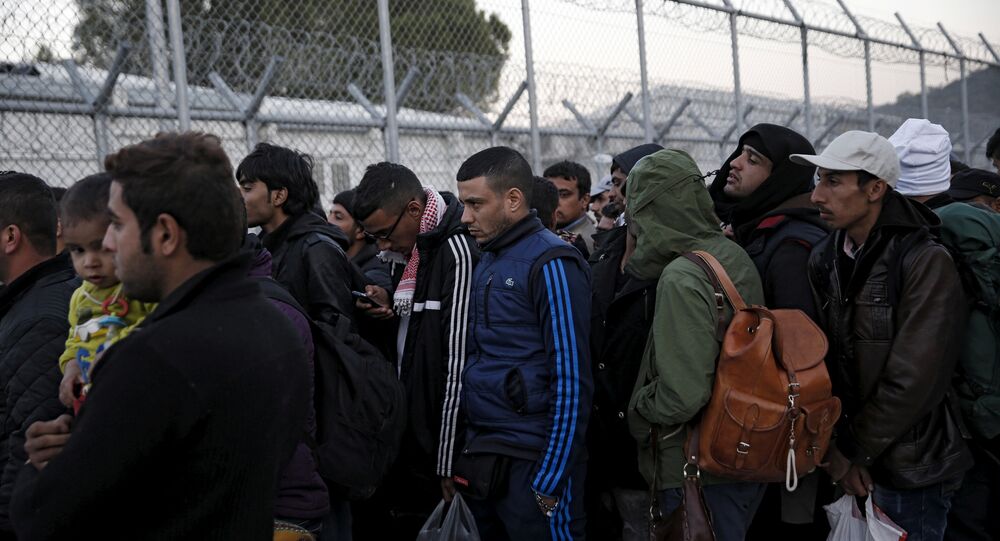 Increased migrant and refugee arrivals from Turkey to Greece worry local officials as signs emerge that Ankara has relaxed its controls despite a deal with the European Union, Greece’s Skai broadcaster reported Tuesday.

MOSCOW (Sputnik) – The Greek government’s general secretariat of information indicated that 3,979 people amassed in the Northern Aegean island of Lesbos, and 52,674 migrants total throughout Greece, as of early Tuesday.

© AFP 2021 / ARIS MESSINIS
Migrants on Greek Island of Lesbos Pelt Minister With Water Bottles
Greece’s Skai broadcaster said the 160 people who have arrived on Lesbos in the past five days marked the first growth trend in several weeks of nearly no arrivals. Similarly, 64 people were said to have arrived on the island of Samos separated from Turkey by 1 mile, bringing the total migrant numbers there to 1,136.

The outlet cited government sources alleging that Turkey relaxed the terms of its migrant-for-refugee deal signed with the European Union this spring. The sources claimed that migrants and small boats were seen being unloaded in Turkey's coastal city of Izmir over the weekend.

In March, Brussels and Ankara agreed on a deal, under which Turkey pledged to take back all undocumented migrants that crossed to Europe through Turkey, in return, the bloc pledged to introduce a visa-free regime, as well as to speed up the Turkish EU accession bid.

Pressure Mounting on Medical Supplies for Migrants Detained in Greece