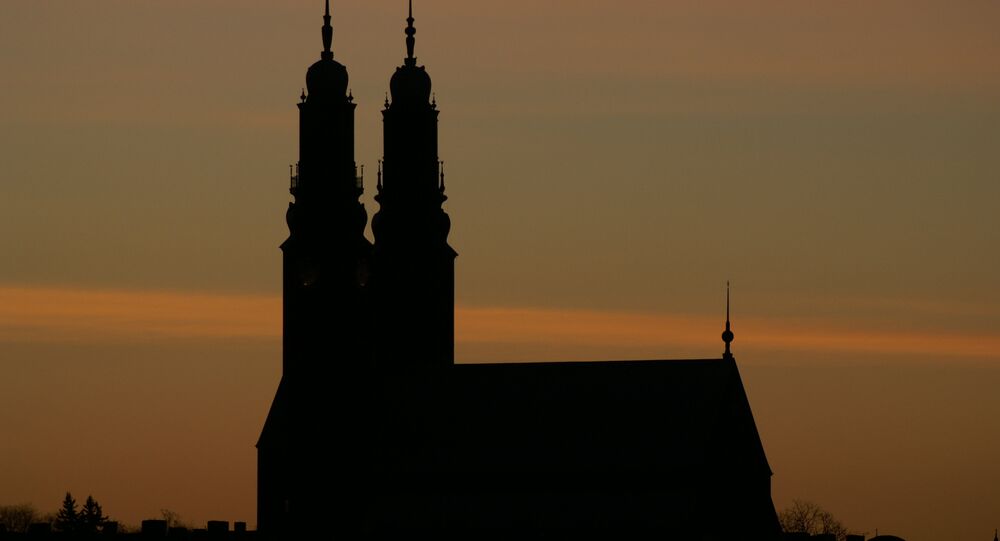 In recent years, the Church of Sweden has been rapidly losing its flock and the astonishing new revelations about church politicians and high-ranking priests spending tax-payers' money on expensive trips abroad will not bring any new inductees to the Church of Sweden any time soon.

© Sputnik / Vladimir Presnya
Swedes Lost Their Fear of God
Football in England, expensive dinners at celebrity restaurants, well-known holiday destinations and chic musicals. These are only a handful of examples on how the Church of Sweden spends its membership fees. Politicians and officials in the Swedish church have been making foreign trips totaling several million krona, an investigation carried out by Swedish Radio revealed. Remarkably, the extravagance of expensive trips to well-known resorts was justified with "building relationships abroad," "working with the budget," "developing new congregation instruction" and even "getting away to talk in private."

Even the tabloid newspaper Aftonbladet put the Church of Sweden under the microscope and examined its activities abroad. The newspaper's inquiry showed that high spiritual leaders had made private trips abroad and lived a life of luxury using the church's money. For instance, Supreme Head of Procedures Anders Bergkvist let the church pay for a private vacation to San Francisco, whereas bishop Sven-Bernhard Fast used church money to pay for a stay at four-star hotels in Australia.

© Photo : Pixabay
You Got Caught: Sweden Uses Aid Money to Bribe Ambassadors for UNSC votes
Another example was a conference trip to the Maltese coast by the miniature Huddinge parish in 2014. Ninety-nine people attended, bringing the total cost to 800,000 kroner (roughly 95,000 dollars), which is more than twice as much than what the parish received in collections the same year.

At present, the Church of Sweden numbers some 6.2 million followers. It is their money, automatically charged through taxes, that finances the Church's activities for the most part. A number of Swedish churches cannot afford any staff travels abroad, whereas others organize expensive trips for its employees and representatives. According to Swedish Radio's program Ekot, many of the so-called "study trips" were in fact disguised pleasure trips.

Christer Siwertsson, member of the regional council in the northern provinces of Jämtland and Härjedalen, as well as a parish member of the Östersund congregation, condemned the shady activities.

"This is pure rip-off, the way I see it. This does not belong in the Swedish church," he told the tabloid newspaper Expressen, calling the extravaganza "a rape of the Christian message and the church."

Meanwhile, the number of apostates in Sweden has been growing rapidly, as an increasing number of former church-goers have chosen to leave the Swedish Church. In April alone, some 8,000 members left the church, which is 25 percent more than in April last year, Swedish Radio reported.