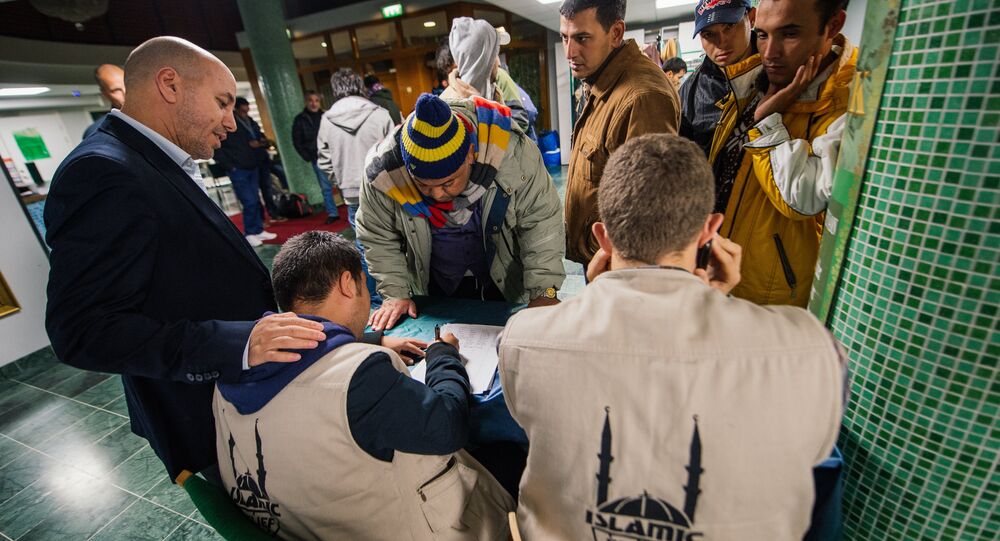 Last year, 163,000 people came to Sweden in search of asylum. However, only a fraction received work permission from the immigration office. Even fewer - a total of 494 people - actually landed a job.

© Flickr / dtsomp
In the Red: Sweden Heading Towards Deep Economic Crisis
Only 494 asylum seekers who arrived in Sweden last year managed to find a job to support themselves, while waiting for their application to be processed, Swedish television network SVT reported, citing figures from Sweden's employment agency and the Migration board.

An asylum seeker with a valid ID is usually allowed to work in Sweden despite not yet having a residence permit, provided he or she is granted an exception by the Migration board. Typically, such an exception is granted automatically. Last year, however, Sweden was faced with an unprecedented number of asylum claims, which stalled the administrative machinery.

"It was an incredible number of people applying for asylum in Sweden, and we had to de-prioritize certain tasks to simply be able to register them all, and it was the matter of jobs," Lisa Bergstrand of the Migration board told SVT.

© AFP 2021 / Nils Meilvang / Scanpix
Welfare Kingdom: Refugee Father of 20 Tempted by Sweden's Tantalizing Entitlements
Last year, SVT hailed the immigrant boom in Sweden as largely beneficial for the economy, pompously describing the influx of mostly low-skilled immigrants as a "rain of competence." However, the brutal truth is that thousands of new arrivals remain jobless as Sweden is still struggling with the aftershocks of the unparalleled refugee influx.

In December, Sweden's employment agency made the grim prediction that by 2017 up to 60 percent of the unemployed living in Sweden will be foreign-born. The challenge of finding work will hit the new arrivals in particular, above all those with low levels of education.

© Flickr / Tommie Hansen
Sweden's Snow Job: Migrants Spark Housing Problems, Spur Unemployment
Currently, Sweden's red-green coalition government, comprised of the Social Democrats and the Green, has pondered handing out temporary residence permits in the text three years in order to step up the pressure on asylum seekers to find work. Prime Minister Stefan Löfven has previously insisted he will achieve his goal of Sweden having the lowest unemployment rate in the EU by 2020, a task which has proven increasingly hard to perform.

At present, the number of unemployed migrants in the Nordic nation of roughly 10 million is three times as large as the total personnel of the Swedish army, which is registered at 52,325, according to Sweden's armed forces.