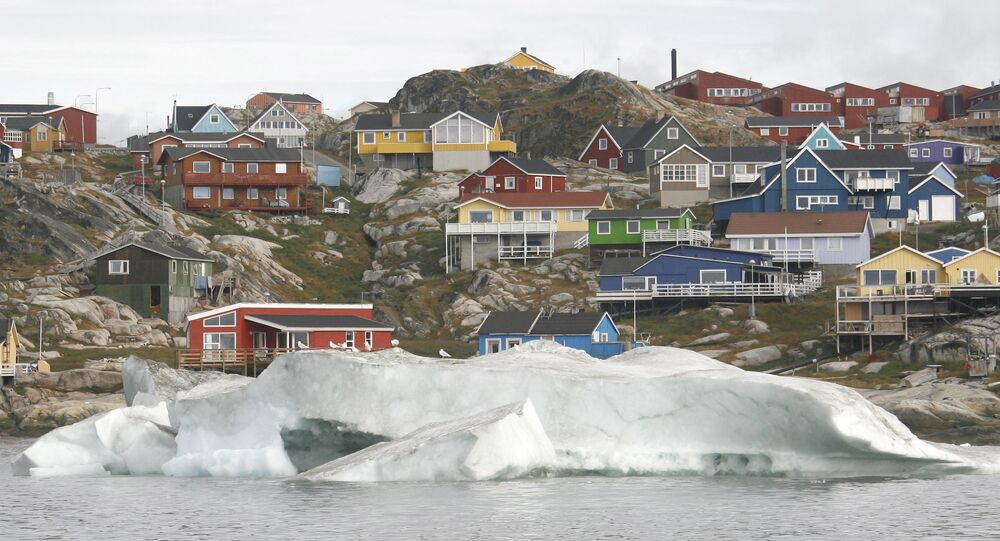 Denmark's decision to allow mining and uranium exports is causing mixed emotions in its autonomous country Greenland. Regardless of whether one is for or against uranium mining, Greenlanders agree that this is the biggest political issue in decades.

© Flickr / Airman Magazine
Flying a Kite: Epic F-35 Deal Leaves Denmark Vulnerable and Penniless
Uranium mining became the hottest topic in the cold, Arctic country, as Denmark's ‘zero tolerance' policy on mining radioactive substances came to an abrupt end. In Greenland, may local powers see a Greenlandic mineral and oil venture as a more than welcome boost to the country's sluggish economy, which is heavily dependent on fisheries and tourism. Many regard uranium as a vehicle to secure independence for the minuscule Arctic nation of 57,000 citizens, which at present is deeply dependent on Danish subsidies.

However, many locals believe the Danish government has gone too far, citing environmental concerns; many share a growing concern for the fragile Arctic environment. Despite the Greenlandic political opposition insisting on a referendum on the uranium issue, the ruling majority deflects their demands under the pretext of the great potential for jobs and economic development.

"Next week, demonstrations will be held simultaneously in eight cities in Greenland to show the government how many of us do not welcome uranium here," activist Falke Thue Mikailsen told Swedish Radio last week.

Earlier, the Danish government strictly opposed both oil drilling and uranium extraction for environmental reasons, as this could endanger the Arctic's pristine ecological system. Recently, however, Denmark made a U-turn, saying it would not block Greenland's wishes if it decides to take care of its natural resources.

© AFP 2021 / MARCEL MOCHET
Burst of Energy: Norway Bets on Costly Research to Avoid Oil-Pocalypse
Earlier, Mads Flarup Christensen of Greenpeace Nordic pointed out some inconsistencies in Denmark's nuclear policy. According to him, Denmark pitched in lot of money to get reactors in Eastern Europe closed (together with the Swedish nuclear power plant Barsebäck in close proximity to the capital city of Copenhagen), yet endorsed the extraction of uranium in Greenland.

Greenland, a former Danish colony, was granted home rule in 1979, and in 2008, Greenlanders voted in favor of the Self-Government Act, which vested even more power in the local Greenlandic government, yet left the Danish government in charge of foreign affairs, financial and security policies, as well as mineral resources. For many Greenlanders, total independence from Denmark is a long-term dream, achievable only through a diversification of the island's lopsided economy.

At present, Greenland's economy remains deeply dependent on a frozen subsidy of 3.4 billion kroner (roughly 500 million dollars) per year. Also, Greenland, the world's largest island, remains one of the most sparsely populated nations, troubled by alcoholism, domestic violence and an exceptionally high suicide rate. Moreover, the probable mining projects in Greenland are hampered by an almost non-existent infrastructure and a harsh climate.

Nuuk, #Greenland — the #Monaco of the north. pic.twitter.com/G9IzCnEmL1