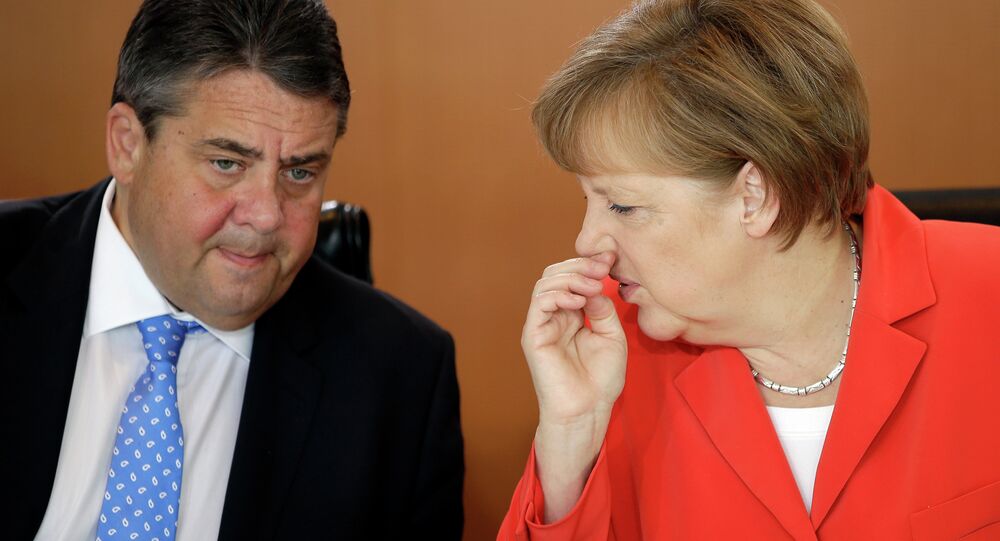 German Vice Chancellor Sigmar Gabriel questioned the need for further negotiations with the United States on the Transatlantic Partnership (TTIP) and criticized Angela Merkel's premature steps in this direction.

Negotiations on a free trade agreement between the EU and the United States have repeatedly caused controversy among Europeans. The TTIP has not only divided German society, but also split the country's political elite.

"This was wrong that in the euphoria of Obama's visit to Germany, the Chancellor said we will be able to conclude negotiations by the end of this year and recently repeated this statement once again," the politician said in an interview with RND.

Gabriel stressed that the agreement on the transatlantic trade partnership with the United States poses a threat to the national legislation on environmental protection and labor law. In addition, the terms of the document remain vague.

© REUTERS / Wolfgang Rattay
TTIP Trade Deal to Have Effect on EU-Russia Economic Cooperation
The TTIP deal, which was been negotiated since 2013, involves the creation of a free trade zone between Europe and the United States. Such countries as Canada, Mexico, Switzerland, Liechtenstein, Norway and Iceland will also participate in the TTIP.

Supporters of the agreement emphasize that it would create jobs and increase economic growth. Opponents warn that only big corporations would benefit from the agreement to the detriment of ordinary people and small businesses.