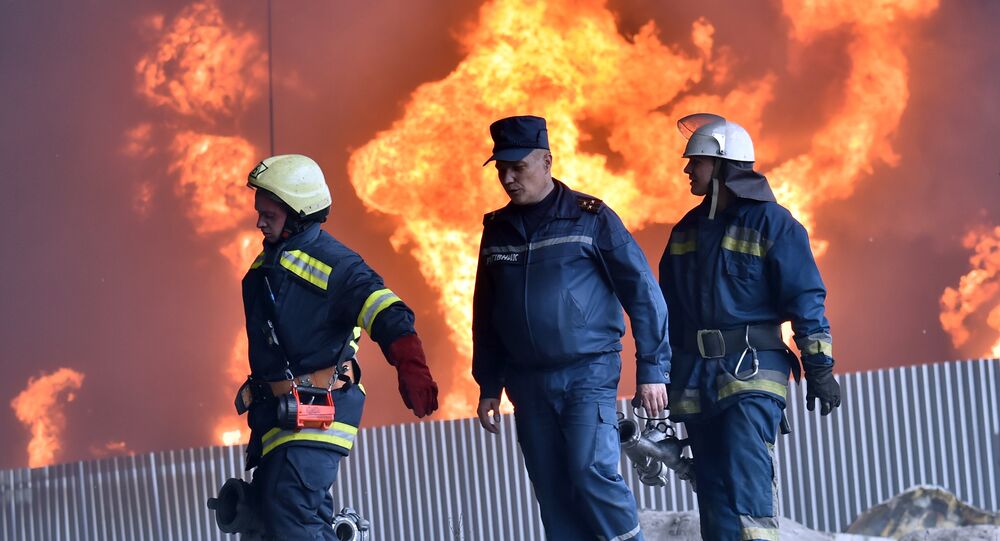 The body of the 17th and final victim of a fire at a resort for senior citizens in Ukraine’s Kiev Region has been found, the State Emergency Service of Ukraine said Sunday.

KIEV (Sputnik) – The flames at the temporary housing for seniors in Litochky village erupted at 12:48 GMT and were contained two hours later. Preliminary data indicated there were 35 people inside the temporary shelter, 18 of whom have been rescued.

Local law enforcement officials cited staff at the illegal resort claiming a television explosion may have caused the blaze.

"I cannot say whether this theory will be confirmed, it will be established during the investigation," emergency chief Mykola Chechyotkin said at a briefing.

He added that Deputy Prime Minister Hennadiy Zubko took charge of a commission to investigate the causes of the incident. Its first session will convene at 10:00 GMT.

A criminal case has been opened into the violation of fire safety rules.