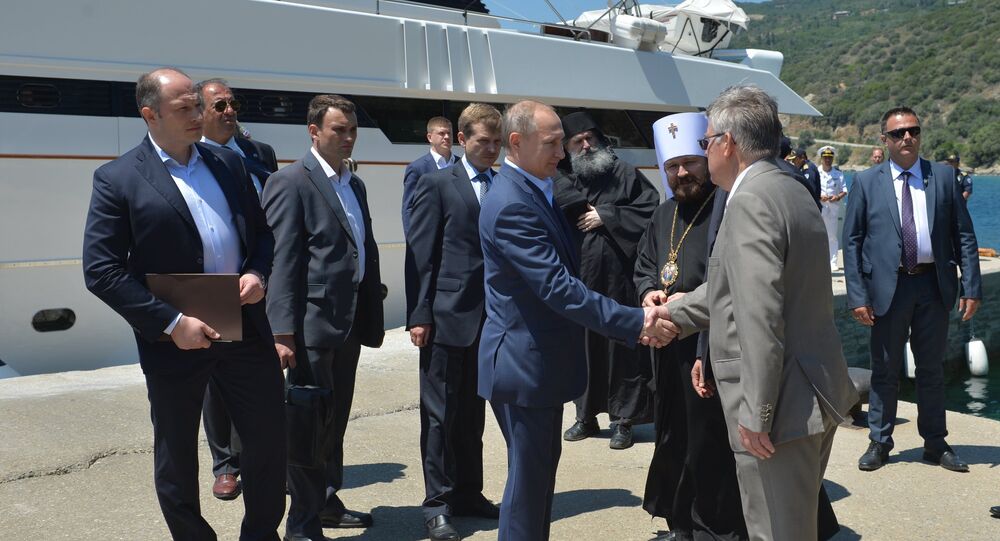 Russian President Vladimir Putin has arrived at the monastic center of Holy Mount Athos on his second and last day of his visit to Greece on Saturday to commemorate 1,000 years of Russian presence at the site.

Putin is expected to first visit Mount Athos’ administrative center of Karyes, where he will visit the Protaton church under the ownership of the Holy Kinot, Athos’ high governing council.

Greek President Prokopis Pavlopoulos is expected to meet Putin alongside local religious dignitaries, followed by a short service at the Church of the Assumption of the Blessed Virgin Mary. Putin will then address members of the Holy Kinot at its administrative building.

Afterward, the Russian head of state will head to the St. Panteleimon monastery, where he will be met by the 100-year-old abbot Jeremiah and Patriarch Kirill of Moscow and All Russia.

Mount Athos is a peninsula in northeastern Greece with 20 monasteries – 17 Greek, one Russian named after St. Panteleimon, one Bulgarian and one Serbian. The 20 monasteries rule Athos through their representatives that make up the Holy Kinot.

Russia and Greece celebrate 2016 as a cross-cultural year, marking the millennial anniversary since the first Russian settlement on the Holy Mount Athos.