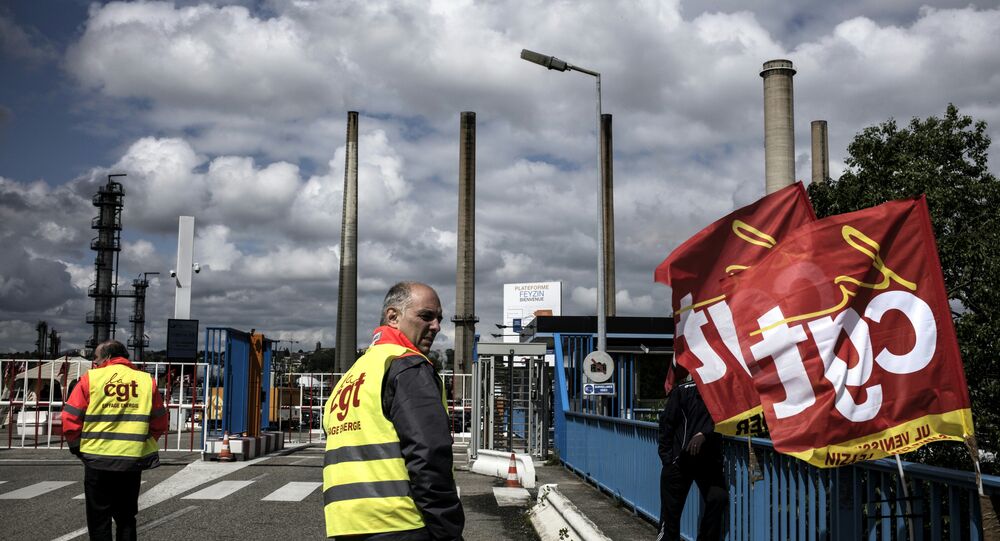 Four out of the five oil refineries run by French energy firm Total remained shut down on Friday after a wave of industrial action swept the country this week, the company said in a statement.

"At the sites in Normandie, Grandpuits, Donges and Feyzin, the protest movement caused complete disruption of [refineries]," the statement read. "La Mede refinery has been hit by blockade of oil shipments and is still running at reduced capacity."

Total said that 741 of its 11,500 petrol stations in France had run dry or were struggling to operate. Further 66 were requisitioned by French authorities. The company said it mobilized its entire truck fleet on Friday to continue petrol deliveries.