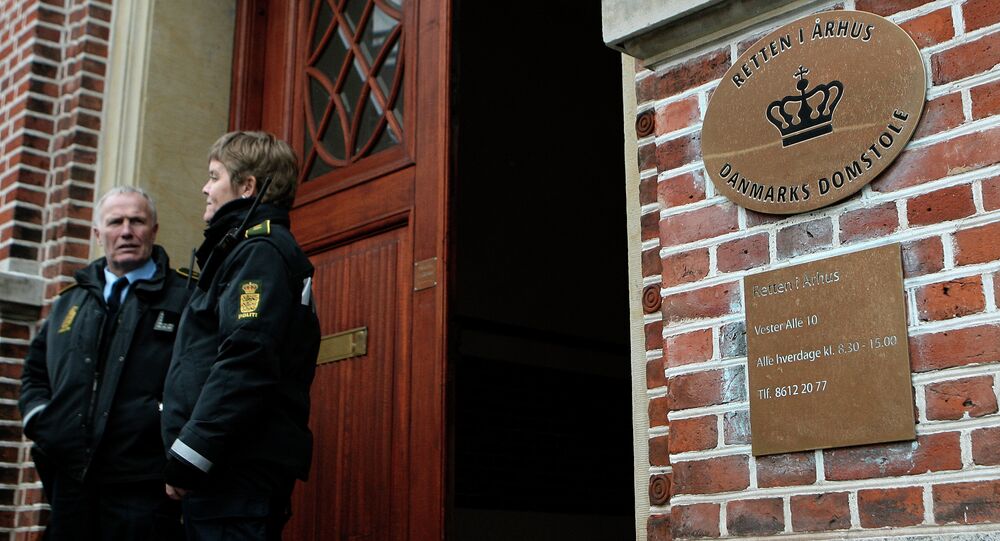 Danish police found no law violations in a Copenhagen exhibition dedicated to history of martyrs, a member of the Copenhagen branch of the ruling Liberal Party Diego Gugliotta told Sputnik on Friday.

© AP Photo / Belgian Federal Police via AP
Exhibition Comparing Terrorists to Martyrs Opens in Denmark
MOSCOW (Sputnik) — Danish police found no law violations in a Copenhagen exhibition dedicated to history of martyrs, which alongside prominent historical figures of the past included terrorists responsible for deadly attacks in Paris and Brussels, a member of the Copenhagen branch of the ruling Liberal Party Diego Gugliotta told Sputnik on Friday.

The exhibition, launched on Thursday, put together Joan of Arc, Socrat and Rosa Luxemburg and terrorists responsible for Paris and Brussels attacks in November 2015 and March 2016 respectively. In advance to the opening of this highly controversial event Gugliotta filed a report to police against the organizers for "encouraging terror."

"To contact the police is the only way in Denmark to cross-check if the law is being broken. They [police] looked into the case and analyzed it, their conclusion was there is nothing illegal in this exhibition," the Liberal Party official said.

He added that the only problem with the exhibition, which prompted him to check its legality with the law-enforcement authorities, was the connection made between terrorists and freedom fighters of the past.

"We don't like the connection between what we call real freedom fighters and people that killed others, blow innocent people with suicide bombs," Gugliotta explained, adding that such a connection is also a disrespect to the families who lost their loved ones in terror attacks.

According to Danish rules, the organizers for such events do not need any official permissions, only having to arrange the venue.

The exhibition, that features images of selected martyrs, replicas of their personal belongings and plaques to detail their actions, will run until June 10.