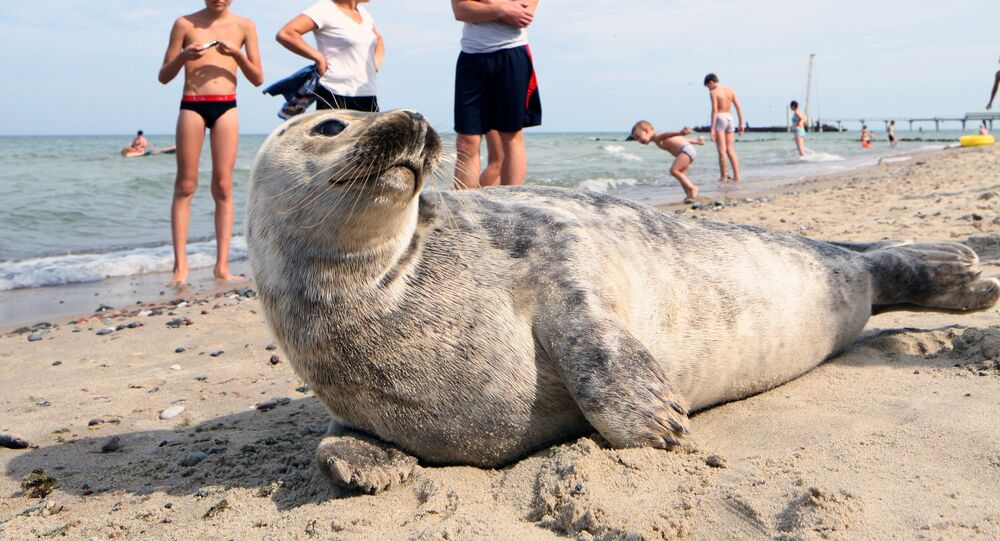 Over the past few winters, the Baltic Sea has seen its ice cover shrink to its lowest level since the 1930s. Although many people may find a warmer climate more appealing than the freezing Nordic cold, the warming may prove fatal for Baltic seals, which depend on ice floes for breeding.

© Photo : Lappeenranta University of Technology
Rock-Watchers Rejoice: Finnish Seal Sighted Thanks to WWF Streaming Video
Following a menacing climate survey, made public during the Marine and Water Forum in the Swedish city of Gothenburg, Sweden's Marine Environment Institute voiced fear that increasingly milder winters may have a devastating effect on the seal population in the Baltic.

"Seals are reliant on the ice for breeding," environmental analyst Per Mosknes of the Marine Environment Institute told Swedish Radio.

"Above all, this affects a subspecies called the ringed seal, as these seals cannot reproduce unless the cubs can be left on ice. Therefore, they are directly dependent on the ice situation," he said.

​Scientists also believe that even the gray seal, which is much more common in the Baltic Sea, is endangered by the shrinking ice-covered areas. But the animal's dependence on the ice is not as large as it is for the ringed seal.

In the past, the isolated grey seal population in the Baltic Sea increased at the rate of about 8 percent per year between 1990 and the mid-2000s, with the numbers becoming stagnant at around 30,000 specimen since 2005. At present, hunting grey seals is legal in Sweden, Finland and Estonia.

The ringed seal population in the Baltic Sea has been comparatively stable too, although isolated and highly endangered populations exist in the Gulf of Finland, the Gulf of Riga and the Archipelago Sea, as well as Finland's Lake Saima and Russia's Lake Ladoga.

Despite the seeming stability, the Swedish scientists warned in their long-term forecast that the seal population may rapidly drop to almost nil, if the ice in the Baltic Sea disappears completely.