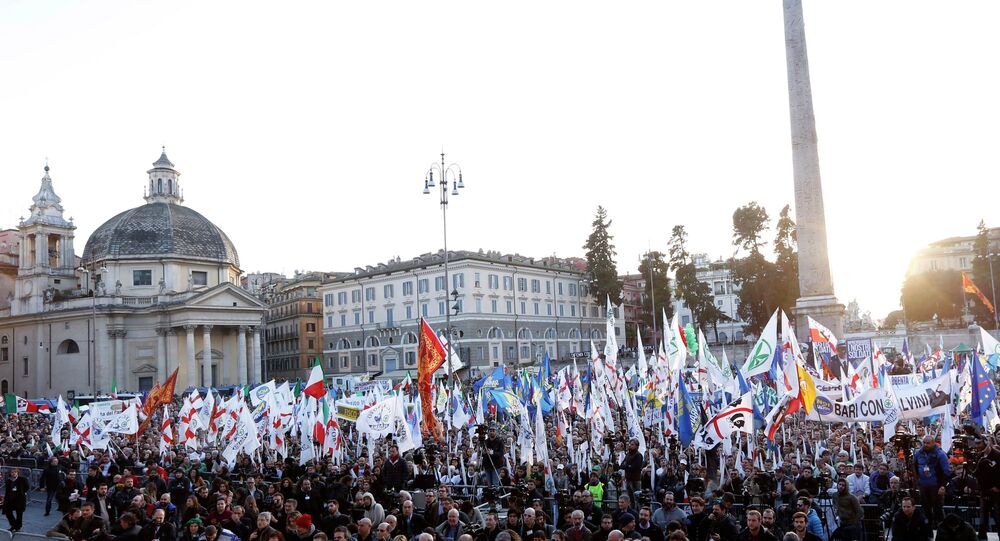 © Photo : Pixabay
Move Over! Migrants' Firms in Italy Forcing Local Companies Out of Market
MOSCOW (Sputnik) — Leaders of the Italian political party Lega Nord on Friday requested an immediate meeting with the country's prime minister Matteo Renzi to discuss the migrant crisis after the death of 130 refugees in the Mediterranean Sea.

"In light of the 4,000 people saved yesterday [May 26] and of those who died at sea, in light of the 40,000 people who have landed on our shores, we cannot keep silent and do nothing… We ask for an immediate meeting with Matteo Renzi to submit our proposals to him," the leaders of the party, including Member of the European Parliament Matteo Salvini, wrote in a statement.

Italian media reported that, during 22 recent rescue operations in Mediterranean Sea more than 4,000 refugees had been saved while at least 20 had died.

According to the International Organization for Migration, since the beginning of 2016, over 191,000 migrants and refugees have arrived in Europe via the Mediterranean Sea, while 1,370 have died or gone missing while making the journey.

Move Over! Migrants' Firms in Italy Forcing Local Companies Out of Market