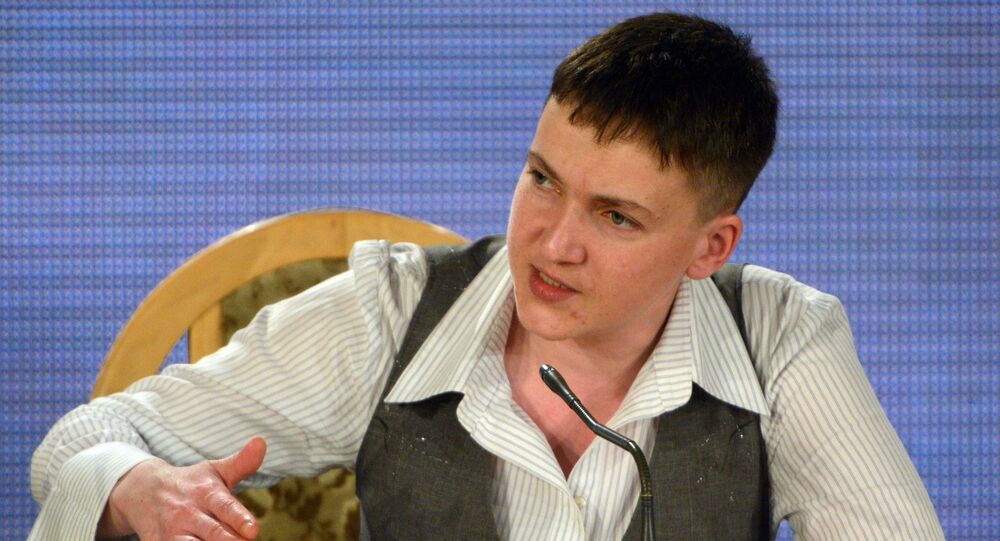 Ukrainian national Nadezhda Savchenko, who was convicted as an accomplice to the murder of two journalists in Donbass, said that if Ukrainians demand, she could become a president of the country.

KIEV (Sputnik) — Ukrainian national Nadezhda Savchenko, convicted in Russia of being an accomplice to the murder of two journalists in Donbas, said on Friday that she is ready to become president of Ukraine if that is what the people want.

"Ukrainians, if you need me to become a president, sure, I will be president… Honestly, I would not say I want it, but, if necessary, I will do it," Savchenko said at press conference.