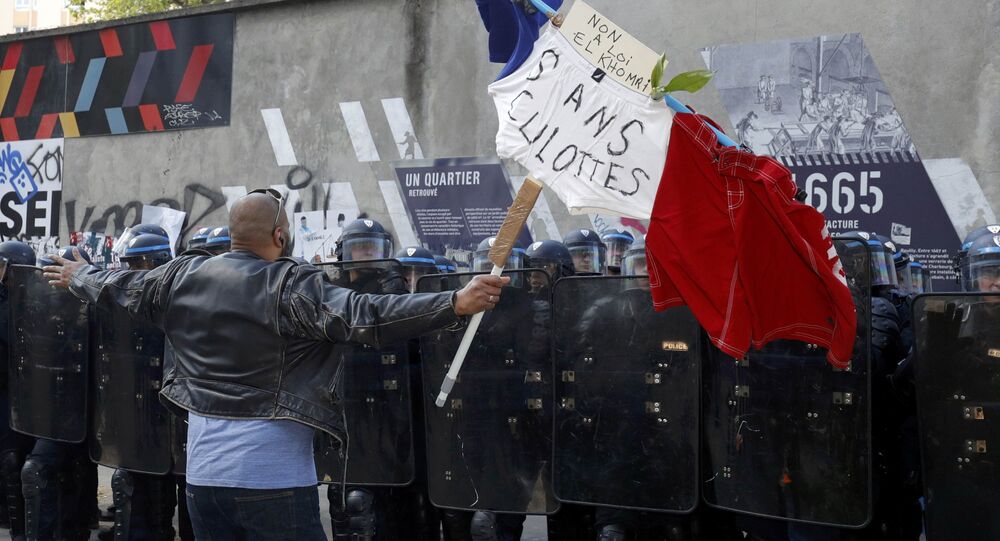 "I want this reform, …. I want us to be able to complete it," Hollande said at a press conference after the G7 summit in Japan’s Ise-Shima.

According to the president, the government will do everything to resolve the issue with the protesters restricting the freedom of movement for citizens.

"I will keep pressing on with it because I think that this is a good reform," the French leader added.

The draft law on labor reform has been widely criticized in France as it would make it easier for companies to lay off staff and cut payment for overtime work. Labor union rallies intensified after the government resorted to pushing through with the reform bypassing a parliamentary vote earlier this month. The bill is now set to go before the senate and then return to the National Assembly, the lower house of the parliament.

Uprising? At Least 50,000 Protest Against Labor Reform in Paris (VIDEO)