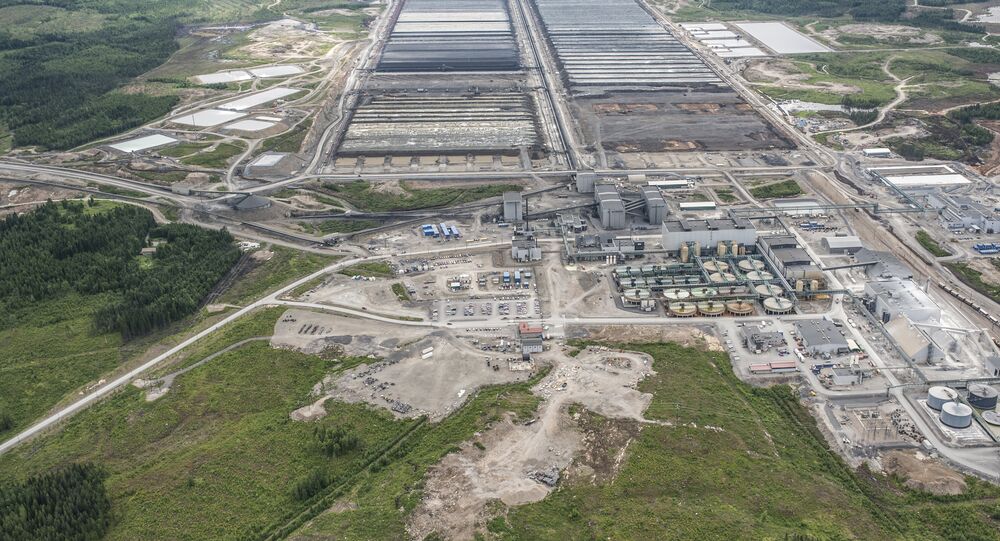 After long negotiations, Finland's government decided to terminate the Talvivaara open pit mine in Sotkamo, one of the country's largest; dashing Finland's hopes of achieving energy independence in the near future. Additionally, this verdict will cost the Finnish treasury half a billion euros.

© REUTERS / Markku Ruottinen/Lehtikuva
In the Cold: Unsuccessful Nokia Purchase a Death Blow for Microsoft
Earlier this week, a government commission arrived at the conclusion that the cost of continued support to mining companies in Kainuu province hovered around 220-260 million euros, whereas the closure would set the treasury back 500 million euros. Despite the figures, which speak for themselves, the government decided that Talvivaara, which employs 400 people, would close its doors towards the end of the year. In a double-whammy decision, the Terrafame company, which owns the mine, was denied support from the government, which is negotiating to find private investors.

According to Talouselämä, it was the Environment Ministry that insisted on the closure, despite the mammoth losses for the state coffers.

Minister of Economic Development Olli Rehn said it was a hard decision, as the mine had become a burden for the Finnish economy, with no chance of revival due to the low market price of nickel. According to Rehn, the closure spelled bad news for the Finnish industry. Together with Microsoft's decision to abandon Finland, costing the country over 1,300 employees, Talvivaara's closure contributed to the emergence of the colloquialism "Black Wedesday" in Finnish press.

© Sputnik / Sergey Kompanichenko
Finland Plans to Close Border With Russia at Night to Save Money
Almost a year ago, the Talvivaara mine was sold to the state-owned Terrafame Mining Oy, which was caught in a number of fraud cases and is the culprit behind one of the worst environmental disasters in Finland's history. At that juncture, Olli Rehn said that the mine would start its work as soon as possible and that no additional funds from the treasury would be required.

The government's ambition was to isolate uranium from mined ore to make Finland independent in terms of energy. However, the process was soon stopped, as the locals started complaining about pollution and dead birds found in the vicinity. In November 2012, one of Finland's worst environmental disasters ever occurred at Talvivaara, as a tailings pond burst, resulting in a leakage of 1.4 million cubic meters of toxic water, poisoning the countryside. The leak took ten days to seal, which resulted in a 50-fold increase in the concentration of uranium in near-by water sources. Finland is still struggling with the consequences of ground water pollution. In May 2013, another leak of sulfuric acid occurred at Talvivaara. In December 2013, the Supreme Administrative Court revoked the company's license for uranium mining.

​The Talvivaara mine is open-pit nickel mine, located in Sotkamo in Eastern Finland; it employs 400 people.