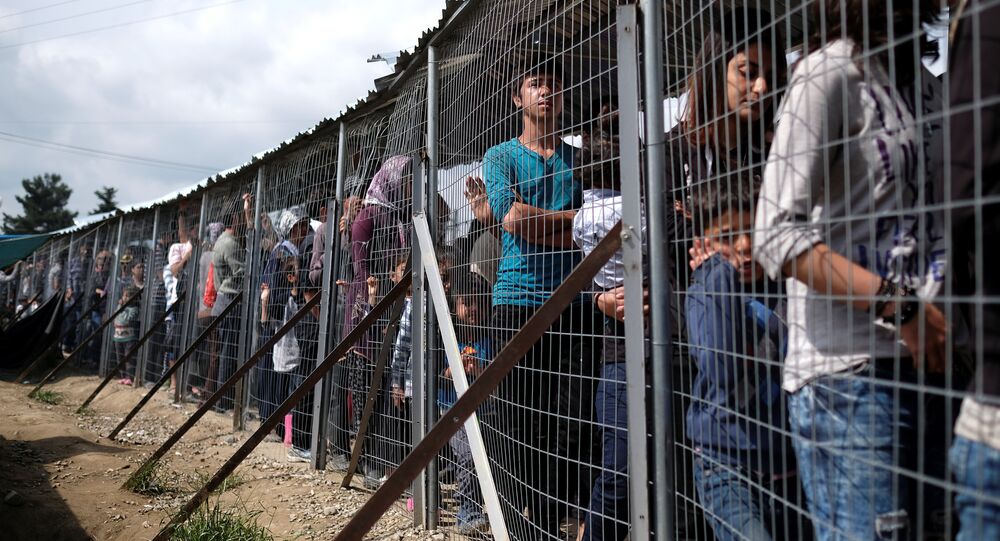 A number of European countries showed a more welcoming attitude to migrants, where governments and volunteers assisted those arriving in search of asylum, according to the Council of Europe.

© AFP 2021 / JOHN THYS
72 Points of Discord: Turkey Threatens to Block EU Migrant Deal if Visa-Free Travel Not Granted
MOSCOW (Sputnik) — Policies and public debate in the European Union have been mostly influenced by the unprecedented migrant crisis, which the bloc has been facing since 2015, the Council of Europe said Thursday.

"Some governments resorted to restrictive border crossing measures, deterring migrants and asylum seekers from staying on their territories and criminalising the provision of aid to irregular migrants…In the second half of 2015, scepticism about the local ability to cope with the increasing number of migrants and asylum-seekers was voiced, against the background of openly xenophobic and islamophobic public debate," the Council of Europe said in a press release announcing the publication of the European Commission against Racism and Intolerance (ECRI) annual report.

© Photo : Pixabay
Europe's Lone Children: Number of Refugee Kids Quadruples, Most Young Boys
The organization, which focuses on human rights issues and comprises EU countries as well as several non-EU states, added that a number of European countries showed a more welcoming attitude to migrants, where governments and volunteers assisted those arriving in search of asylum.

Europe has been beset by a massive refugee crisis, with hundreds of thousands of undocumented migrants fleeing their crisis-torn countries of origin in the Middle East and North Africa to escape violence and poverty. More than 1.8 million migrants entered the European Union in 2015, according to the EU border agency Frontex.