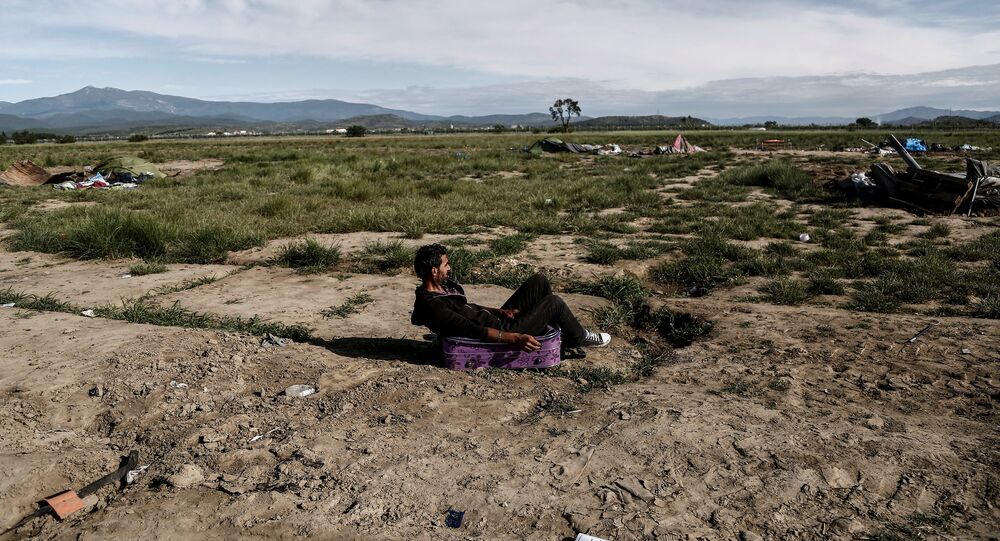 The evacuation of unofficial Idomeni refugee camp on the border between Greece and Macedonia is almost complete, according to Medecins Sans Frontieres (Doctors Without Borders, or MSF).

"#Idomeni camp is almost completely empty," the MSF said on Twitter, adding that "bulldozers are now clearing away the tents and other debris of #Idomeni."

Bulldozers are now clearing away the tents and other debris of #Idomeni. pic.twitter.com/6ttjTaQHeS

© REUTERS / Marko Djurica
Greece's Idomeni Refugee Camp 'Disgrace' for EU
Until recently, the camp in Idomeni had been hosting some 8,400 refugees and migrants, including many families with children, who for the most part had fled war and persecution in the Middle East. Following decisions by many Balkan states to close their borders with Greece, the camp grew in size to about 14,000 migrants.

On Wednesday, European Parliament President Martin Schulz called the Idomeni camp "a disgrace" for all of the EU member states that have refused to take in refugees.