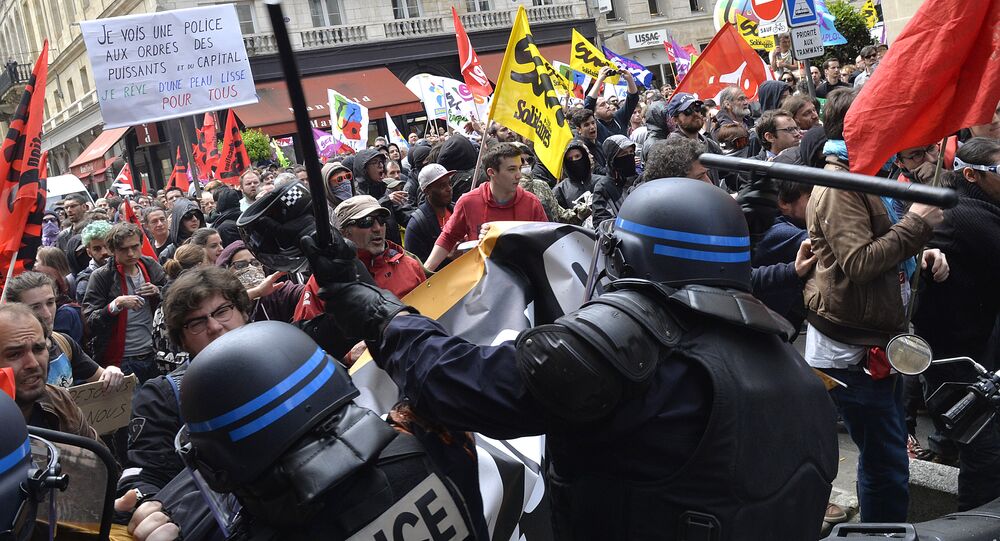 France's trade unions took to the streets of Paris once again to voice their opposition to French labor reform. The protest turned violent as police clashed with mask-wearing young demonstrators.

Oil refineries and nuclear power plants have shut down due to mass strikes, staged by the trade unions. Planes and trains have also ground to a halt.

Almost 19,000 French nationals have participated in a nationwide rally in Paris on Thursday against an unpopular labor bill, the Paris Police Prefecture said.

According to Le Monde, between 18,000 and 19,000 Paris residents have participated in the action, which is almost twice higher compared to last week.

The draft law on labor reform has been widely criticized in France as it would make it easier for companies to lay off staff and cut payment for overtime work. Labor union rallies intensified after the government resorted to pushing through with the reform bypassing a parliamentary vote earlier this month.