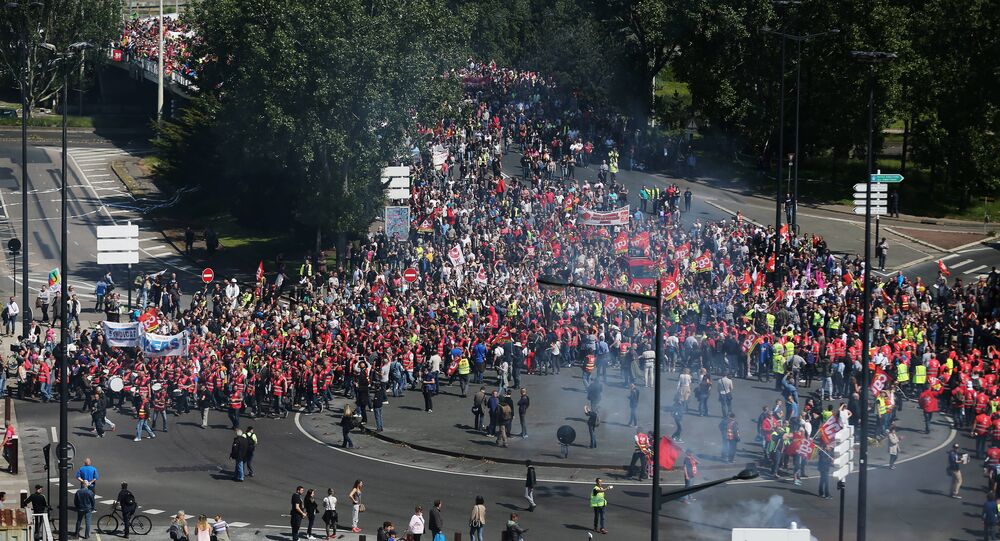 © AFP 2021 / FRANCOIS NASCIMBENI
French Nuclear Plant Employees to Hold 24-Hour Strike Against Labor Bill
MOSCOW (Sputnik) – Some 3,600 port and dock workers were greeted with applause as they marched into the city square where thousands have been rallying since morning, according to Normandie Actu news website.

Thursday’s demonstrations brought together between 8,000 and 30,000 protesters in Le Havre, according to police and trade unions’ reports cited by local broadcaster France Bleu.

Tens of thousands rallied across Normandy today, scaling up pressure on Prime Minister Manuel Valls to withdraw the unpopular labor bill that seeks to relax hiring and firing rules.

Over the week, protests blocked six of France’s eight oil refineries and disrupted train services, leading to a significant fuel shortage. In a bid to allay fears, the government said Tuesday that many ways of transporting fuel inside the country were still available, including through ports.