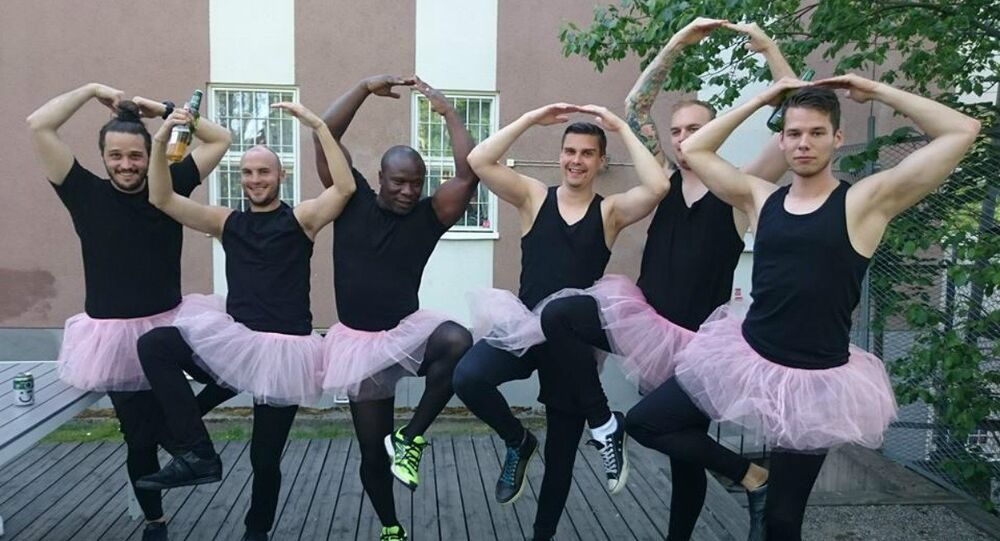 The ongoing migrant crisis, has which opened northern Europe's proverbial floodgates to surging international crime, has left Swedish police running in high gear amid growing problems related to understaffing and a lack of funds. On top of "systemic" problems, the brave Swedish police appear to have a particular knack for getting into trouble.

© Flickr / Christer
Sweden's Migrant Crisis: From National Minority to Not-So-Silent Majority
The police department in the Swedish town of Huddinge recently found itself in a pretty puddle, as eccentric photos of policemen with beer bottles in hand and dressed in pink tutus, shot during an office party and posted on the department's Facebook page, attracted strong criticism and raised unnecessary questions from the Swedish public, newspaper Fria Tider wrote.

The image of brawny men dressed in skimpy pink skirts provoked a response that proved the general public didn't consider such gaiety among their city's law enforcers to be a laughing matter.

"Wtf! No wonder the kids in the suburbs believe that Swedish police are wimps. How on earth can anything of this kind appear on the official site?! The police should remain an authority and instill respect. Doing things in private is one thing, but publishing them sends all the wrong signals. Where did the common sense go? It seems to have completely disappeared and has been replaced by gender equality, feminism and LGBT. Believe me, it is not going to work," read one of the angry comments, which gathered a lot of ‘likes' and aptly summed up the public criticism.

© AP Photo / David Keyton
Nordic Love of Aquavit Framed for Migrants' Sexual Molestation of Minors
The pictures were posted on Facebook by field officer Reine Berglund and had been intended to show that the police are "people like any other." However, many of the local Facebook users were both concerned and enraged at the images of policemen prancing about with beer bottles, claiming these were inappropriate and sent out the wrong message.

"So you drive drunk then?" asked another user rhetorically. "Stop embarrassing Sweden! Is there any surprise other countries keep wondering what the hell is wrong with Sweden?"

"How cute! If you have these outfits on during arrests, you won't have to run as culprits will be rolling on the ground with laughter," quipped another user.

© Flickr / Ninα
All Crime, No Punishment: Welfare-Friendly Sweden Gripped by Urban Ghetto Violence
On a more serious note, authorities in Sweden repeatedly admitted that their police force was both heavily understaffed and underfunded. Cutbacks due to ongoing savings measures have left the police force crippled and unable to respond to growing challenges, such as "imported" organized crime, gangland violence and grave offences such as gang rape, which have left the once-safe country riddled with blighted areas and no-go zones.

The growing street hazards, together with the declining level of job satisfaction due to tasks many find humiliating, have robbed police work of its prestige. A recent survey conducted by the pollster Novus revealed that three out of four policemen in Sweden have been thinking about quitting, citing low wages as the main reason. According to the regional newspaper Sydsvenskan, 54 percent of the surveyed police officers have been thinking about quitting, whereas 20 percent are actively looking for a new job; 82 percent claim that wages are too low.