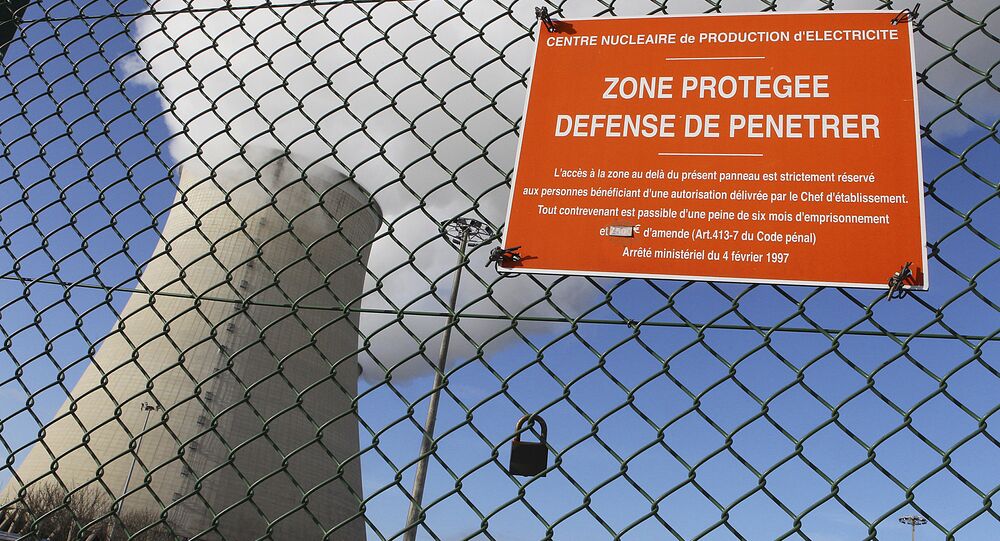 © REUTERS / Jean-Paul Pelissier
Spread of Strikes Throughout France Symptomatic of Breakdown in Trust
MOSCOW (Sputnik) – Staff at 16 of the country's 19 nuclear power stations are said be protesting. However, the stations will not be shut down completely.

"One cannot just turn off a nuclear plant, it is not like a thermal or hydro plant," CGT energy and mining federation spokeswoman Marie-Claire Cailletaud was quoted as saying by the France 24 broadcaster.

She noted that the industrial action at the stations would reduce power output but the reactors would not stop running.

France has seen a series of mass protests in reaction to the much-discussed labor bill, with a strike by workers at the country's oil refineries resulting in a petrol shortage, pushing the government to use the country's fuel reserves.

The labor bill would see employees working longer hours than the current statutory 35-hour week, impose a cap on damages in cases of unfair dismissal as well as remove barriers to firing employees on economic grounds.

Up to 400,000 Took Part in Labor Reform Rallies Across France on Thursday