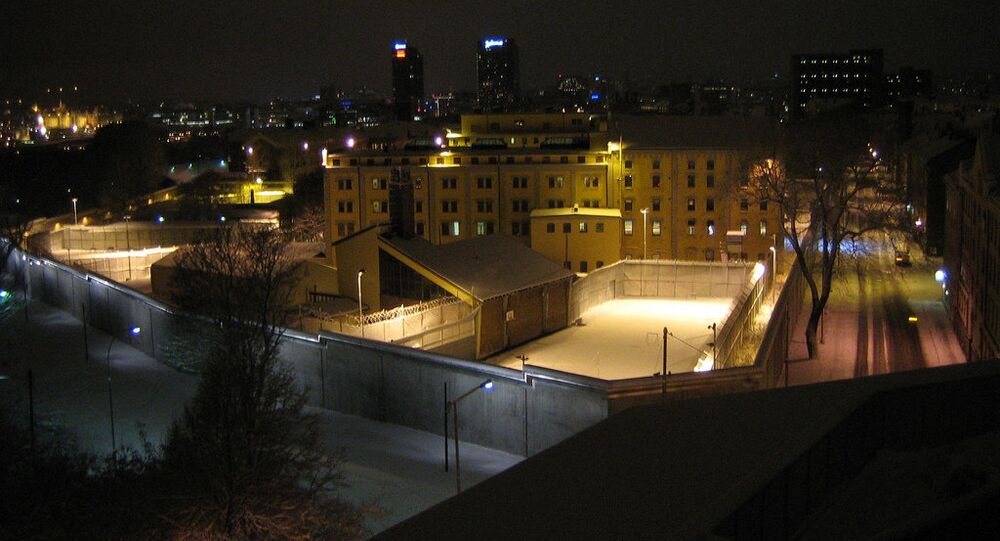 Anders Bering Breivik, convicted of mass murder and terrorism, has long been reviled as Norway's most notorious criminal. However, the far-right extremist, self-proclaimed counter-jihadist and Nazi crusader has recently been ousted from his throne as Norway's public enemy #1, as former star Julio Kopseng has been sentenced to life imprisonment.

© AFP 2021 / POOL / HEIKO JUNGE
Breivik Wins Again: Norway Admits to 'Inhuman Treatment'
The 38-year old former television dancer and model agency owner has been convicted of raping and molesting nineteen women between 2001 and 2013. He was also found guilty of aggravated assault against his former partner, who he allegedly raped hundreds of times. The case has been dubbed "One of the most serious rape cases in Norwegian legal history." This is also the most severe rape sentence Norway has seen in modern history, newspaper Dagbladet reported.

The prosecution is pleased with the harsh verdict against the former TV dancer, artist and stripper which is obviously meant to send a message that the government is determined to weed out rape.

"Prosecutors are pleased that our claim has been supported by the verdict, and that the court has understood the seriousness and extent and scope of this case," prosecutor Guro Hansson Bull told news agency NTB, stressing the importance of reporting rape as soon as possible.

© AP Photo / Alastair Grant
‘In Afghanistan We Are Being Killed With Arms, in Norway – With Psychological Torture’
Curiously, in Norway's civilian code, the so-called "life sentence" is limited to 21-years preventive detention with possibility of prolongation, which in some cases may actually amount to a true life sentence. This maximum penalty may only be imposed on offenders who are regarded as particularly dangerous for society, and have a high risk of relapse.

Previous "life sentences" have been awarded to infamous black-metal musician Varg Vikernes of the one-man band Burzum (for church arson and slaying a fellow black metal guitarist) and Anders Bering Breivik (for killing 77 in a bombing and an ensuing shooting spree to protest growing multiculturalism in Norway).