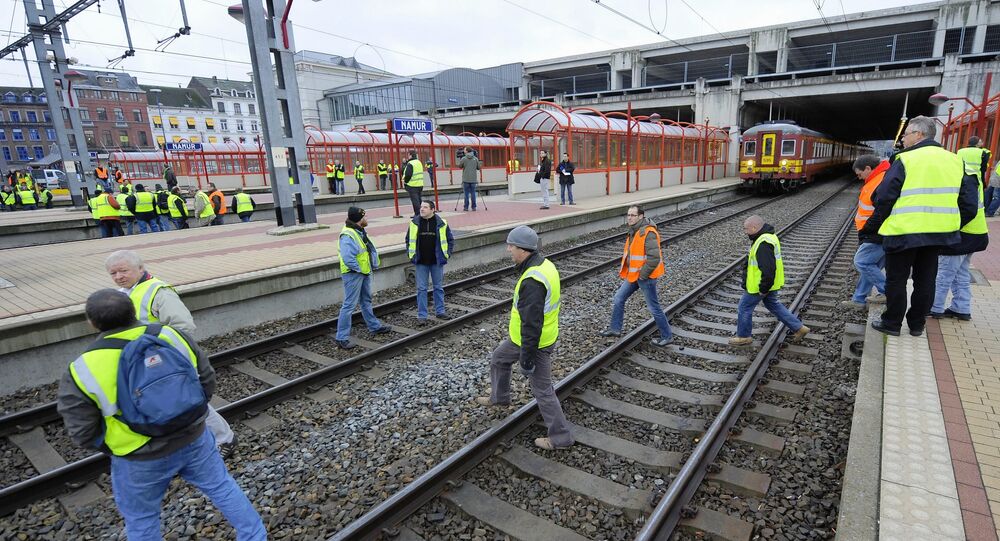 The strike, which has also impacted train traffic in the regions of Brussels and Flanders, began late on Wednesday as the Confederation of Christian Trade Unions and the General Federation of Belgian Labor announced the action against the plans of HR-Rail to cut employees' days off in what is perceived as a threat to the current 36-hour work week, France's Le Monde newspaper reported.

© REUTERS / Yves Herman
Anti-Austerity Strike on Public Transport Paralyzes Belgium
The strike comes amid wider protests against the Belgian government's economic reforms. Unions are protesting against an increase in the retirement age and austerity policies. On Tuesday, a national protest was held, gathering some 60,000 people in Brussels. Further action has been planned, and unions called for a 24-hour general strike on May 30.

Prison guards in Wallonia and Brussels have also been on strike since April in protest against the increase in the retirement age and staff shortage issues that have resulted in extra shifts. On May 17, dozens of rallying prison guards and work union activists broke into the building of the Belgian Justice Ministry.