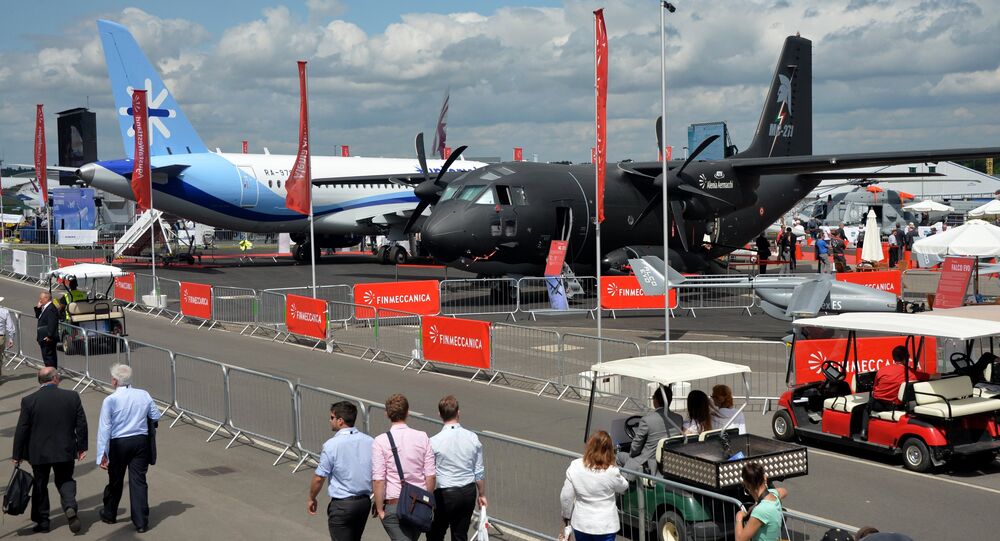 The airshow organizers said they have 21 registered exhibitors at the show this year including with a large Russian Pavilion in the exhibition halls and a chalet.

"We have 21 registered exhibitors at the show this year including with a large Russian Pavilion in the exhibition halls and a chalet. Confirmed exhibitors include Russian Helicopters, Ilyushin and Sukhoi Civil Aircraft," an airshow spokeswoman told RIA Novosti.

Answering the question about possible problems with visas for Russian delegation members to enter the United Kingdom, the spokeswoman said that London "would recommend them contact their local visa issuing office for advice and support."

© Sputnik / Evgeny Biyatov
Russia's State Arms Exporter in Dark Over Farnborough Airshow Participation
The UK authorities denied visas to some members of the Russian delegation and journalists, who sought to take part in the 2014 Farnborough International Airshow, indicating the move was due to Moscow's stance on the Ukraine crisis.

Earlier in the day, a source at Russia’s space agency Roscosmos confirmed that the company would not send a delegation. Russia’s state technology corporation Rostec and arms exporter Rosoboronexport reportedly may also pull out or limit participation in the Farnborough Airshow.