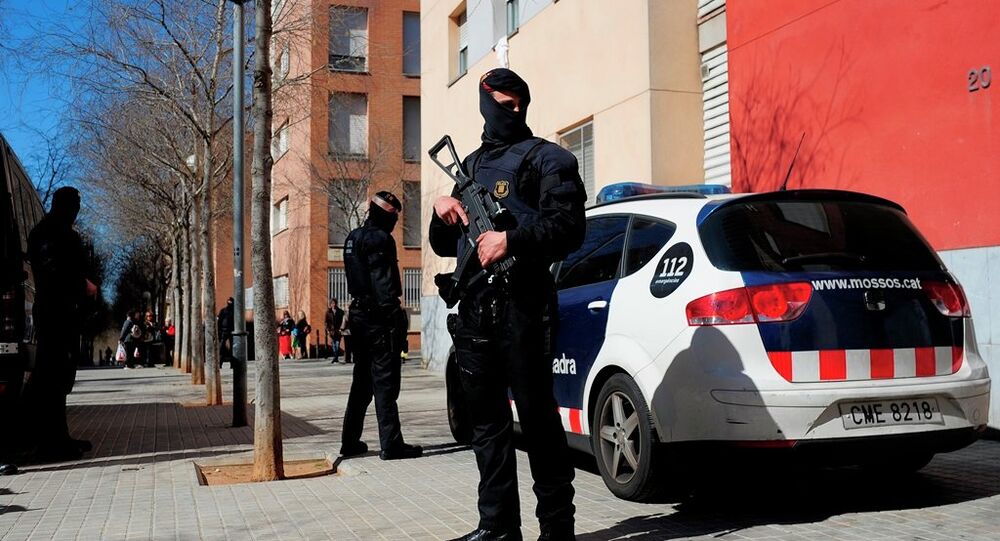 MOSCOW (Sputnik) — The successful counter-terrorism operations were carried out jointly by the National Police, the Civil Guard, regional police forces and the National Intelligence Center, whose activities have been intensified since 2015, La Vanguardia newspaper reported, citing its own analysis.

© Sputnik / Said Tcarnaev
Terror Attacks Killed 90,000 People Globally Over Past 2 Years
Among the prevented attacks, the newspaper cited a case in 2011, where a terrorist planned to poison potable water tanks intended for tourists. The publication also recalled that the Spanish authorities regularly intercept Islamic State (IS) recruiters and suspected affiliates, primarily of Moroccan descent.

On March 22, a series of blasts hit Brussels Airport and a metro station located near to the EU institutions in the center of the city, killing 35 people. IS, which is outlawed in many countries, including Russia, claimed responsibility for the attacks. The militant group also claimed responsibility for the November 13 Paris attacks, which killed 130 people and injured over 350 others, raising global terrorism concerns and stirring Europe to reinforce its safety and security measures.

If We Don't Fight Terrorists, They Will Fight Europe - Damascus Delegation