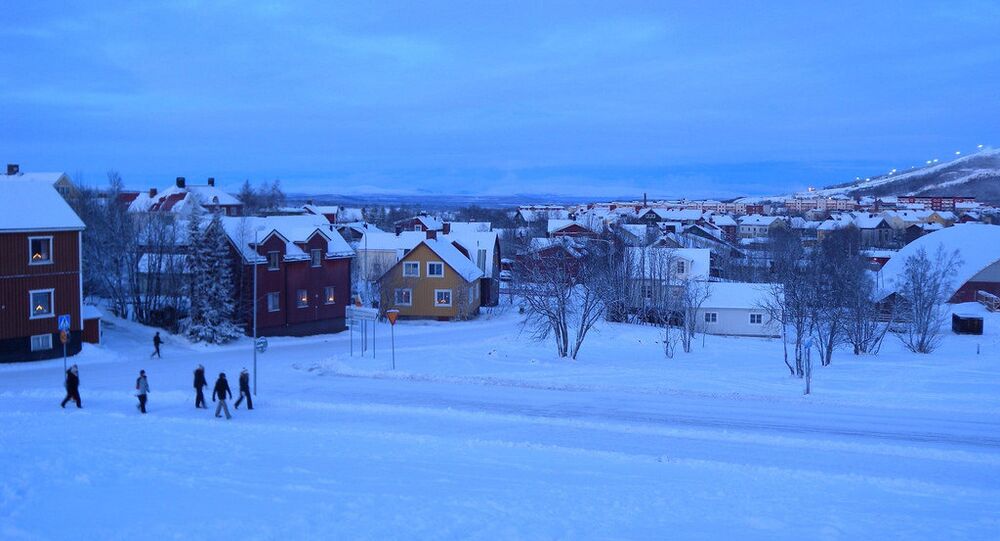 Your ordinary city is something stationary that generally avoids unnecessary movement. However the town of Kiruna in polar Sweden is packing its bags for fear of being swallowed into the ground.

© Flickr / Jennie McStotts
Scandinavian Matchmaking: Reunite Norway with Sweden, Norwegian Tycoon Says
A century ago, vast deposits of iron became a godsend for then-fledgling Kiruna. Now, the Arctic town in northern Sweden is faced up with no other choice than to move to avoid a dystopian collapse into a wide open sinkhole, as ceaseless mining has left the mountainous landscape riddled with gaping caverns.

Kiruna residents are subject to a harsh climate and have to endure long winters with no sunlight and freezing temperatures, yet the town still functions as a magnet, attracting people. Founded in 1900 by the state-owned Luossavaara-Kiirunavaara mining company (LKAB) some 140 kilometers inside the Arctic circle, Kiruna is basically a gigantic iron ore extraction site, producing roughly 90 percent of all the iron the EU uses.

"How do you move a city?" @nytimes asks & looks to #Kiruna, #Sweden for the answer: https://t.co/lKExfpyCBn pic.twitter.com/2I5I7YKNnk

© CC0 / Svalbard Global Seed Vault/Peter Vermeij
Arctic Ardor: Norway Set to Innovate Its Polar Domains Amid Economic Slump
​In 2004, the company broke the hard news to the town's 18,000 inhabitants: the ground was falling underneath Kiruna, and the town was doomed. Since abandoning the vast network of mines was never an option, LK took on the costly task of moving the entire settlement, billed "the most democratic move in history."

Over 3,000 homes are planned for demolition by 2033, whereas 3,500 new homes will be ready some 3 kilometers east of the current city center, Tuolluvaara. In addition to building new lodgings, the 20-year plan also involves moving 21 official institutions, like the town hall, the police station, the hospital, the award-winning church and several other buildings. At present, a team of Swedish and Norwegian architects from the companies White arkitekter and Ghilardi + Hellsten are working on the urban plan for new Kiruna.

© AFP 2020 / ODD ANDERSEN
Copenhagen's 'City of Tomorrow' Plagued by Problems of Today
​At present, it is still unclear what the total cost of relocation will be. Rest assured it is not cheap, as it is expensive, and the mining company LKAB already splashed out 12 billion krona (roughly 1.5 billion dollars).

The relocation is largely touted as a golden opportunity for Kiruna to "reinvent itself" into a model of sustainable development, attracting young people from across the country.

The Kiruna municipality's own website says that the local inhabitants do understand the moving process, but at the same time admits they leave their history, their memories and their identity behind.