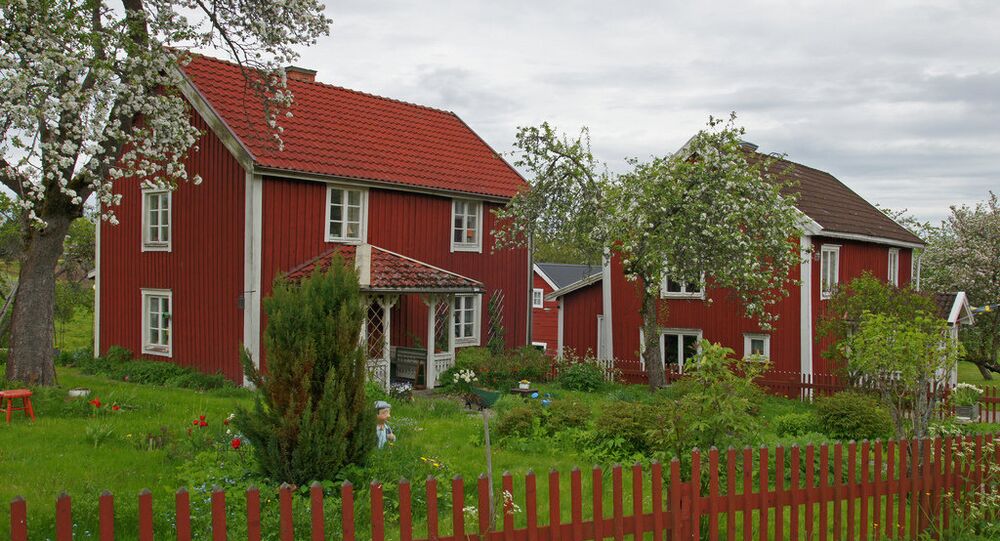 It is no longer a question of if, but rather of when housing prices in Sweden plummet and indebted households drag the whole economy down, warns Sweden's former finance minister Anders Borg.

© Flickr / Tommie Hansen
Sweden's Snow Job: Migrants Spark Housing Problems, Spur Unemployment
Sweden's ballooning debt and housing shortages have passed the point of no return, making a future collapse in housing prices inevitable, argues Anders Borg. According to him, the consequences of this collapse will undermine economic growth as indebted households are increasingly forced to cut back on consumption.

"A 'touchdown' in the Swedish housing prices is coming and I do not see how it can be avoided. We only need to be able to adjust the balance sheet afterwards," former finance minister Anders Borg, who now advises the investment company Kinnevik and the global bank Citi, said in a speech at a bank conference, as quoted by Dagens Industri.

"To prevent a drastic slowdown, we would need a liberalization of the Swedish housing market to happen at such a pace and at such vast proportions that it would be impossible to implement. Debts have already grown too big," he said, forecasting a collapse within five years.

© Flickr / dtsomp
In the Red: Sweden Heading Towards Deep Economic Crisis
Andeas Borg considers a thorough reform of rents in both newly built and existing housing to be vital for stimulating construction and reducing the risks induced by swelling mortgages. Other solutions would be to stake on high-rise construction and reduce the influence of disgruntled locals who derail building plans with complaints. However, Borg himself admitted that this is unrealistic as even believers in the free market tend to reverse their opinions when construction sites appear near their homes.

Sweden's swelling housing problems were dramatically exacerbated by last year's migrant crisis, whereupon the Nordic country took in over 160,000 asylum seekers. The government estimates that the housing shortage necessitates the construction of 250,000 new homes, whereas the public housing organization SABO indicates the need for a jaw-dropping 426,000 new homes in a country of less than 10 million people. A recent survey of the housing market, performed by the National Housing Board, found that 240 of Sweden's 290 municipalities suffer from a shortage of housing.

© Flickr / lucahennig
Temporary Difficulties: Modular Housing Campaign Arouses Fury Across Sweden
Stockholm's queue for rent-controlled housing is notoriously long and it is being considered by the Guinness Book of World Records, according to Swedish Radio. On average, it takes nine years to be granted a rent-controlled property, with the waiting period jumping to two decades in some of the most popular neighborhoods.

Earlier this year, a number of top trade union bosses and senior politicians, including Foreign Minister Margot Wallström, came under fire for supposedly jumping the apartments queue to bypass the wait. In January, Swedish trade union giant Kommunal, which also owns several properties in the capital, was accused of renting out its apartments to labor movement bosses while refusing to release them to the public housing queue.